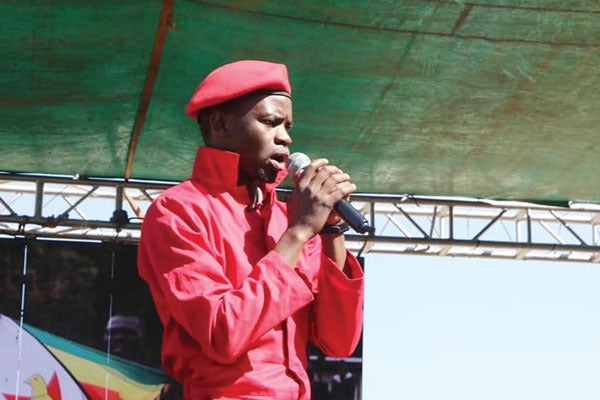 WE learnt with interest of the opposition MDC’s resolution to ambush the police and State security agencies by engaging in flash demonstrations at different locations at the same time in an effort to circumvent police prohibition orders.

While it is worrisome that the State has been prohibiting demonstrations, which are guaranteed in the country’s Constitution by giving flimsy excuses, we do not believe such flash demonstrations will be an effective strategy — either of getting attention or having President Emmerson Mnangagwa out of power, which we believe is their ultimate goal.

While these sentiments by the party’s youth leader Obey Sithole could be dismissed as the frivolity of youth, the fact that he was speaking in an official capacity means it is a strategy that has the backing of the party top leadership. Zimbabwe’s political terrain, however, has proved ineffective. The MDC has been conducting these demonstrations for a long time such that now one doesn’t even know the ultimate goal of these protests. The situation in the country is still the same, just as it was even before they started the demonstration, suggesting the need for change of strategy completely.

If we are to be brutally honest with one another, then we must agree that prices of basic goods continue to skyrocket and the cost of living is spiralling out of control, we still do not have access to electrical power and piped water, just as medicines are still in short supply in public hospital and beyond the affordability of the ordinary person in private pharmacies.

All these should have shown the wise within the MDC that perhaps the strategy they may need to consider now is the same strategy that worked back in 2009, when the party agreed to negotiate with Zanu PF and form a negotiated political deal that eased the imploding socio-economic pressures.

This is not so much about having demonstrations that are non-violent, but considering a strategy that will at least show the ordinary citizen that things are now working. It may be every person’s right to avoid all forms of oppression, but the greatest level of oppression that Zimbabweans are facing right now is economic oppression, which needs a political solution.

Modern politics is not about fighting to the last drop of one’s blood. That happened already during the era of the liberation struggle. But the strength of contemporary politics lies in reaching out to one’s opponents, negotiating deals, making compromises where necessary, for the common good. Politics should no longer be a means to power, but an opportunity to ensure that the majority of people can afford decent livelihoods and realise their full potential without being hamstrung by political or economic forces.