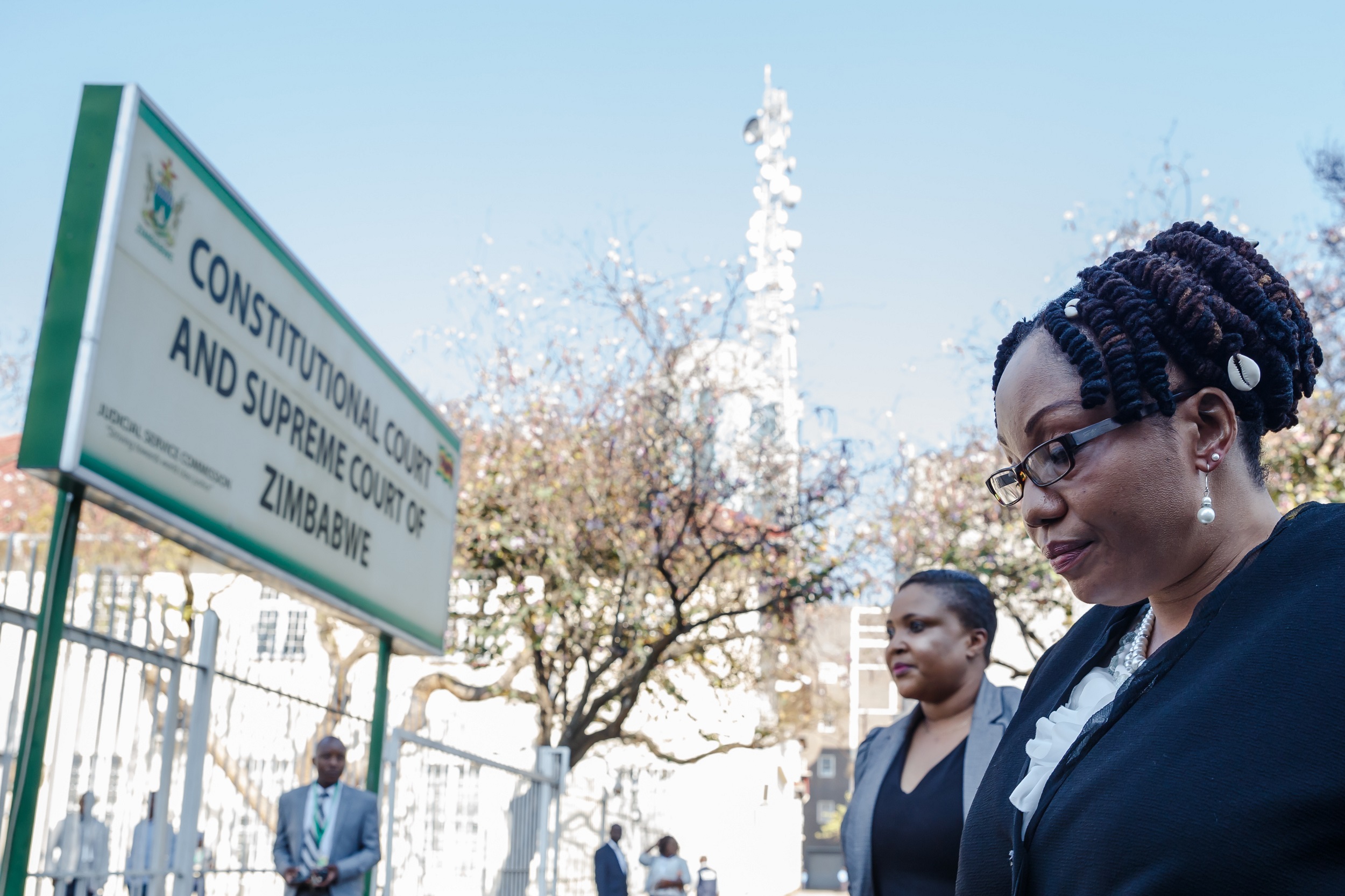 Zimbabwe’s top court ruled on an opposition bid to have presidential election results thrown out over alleged rigging.

Zimbabwe Electoral Commission (ZEC) chairperson Priscilla Chigumba arrives at Harare courthouse. The Constitutional Court said it would hand down its verdict after considering arguments put before judges on Wednesday.

Lawyers for the MDC argued that the results should be annulled due to “massive doctoring” of the July 30 vote.

Mnangagwa, of the ruling ZANU-PF party, won the election with 50.8 percent of the vote — just enough to meet the 50 percent threshold needed to avoid a run-off against MDC leader Nelson Chamisa, who scored 44.3 percent.

But in a first for the country, the proceedings have been broadcast live on state television.

The court could declare a winner, call another election, or order a run-off or recount.

The inauguration should take place within 48 hours of the court’s ruling, according to the constitution.