MDCA candidate to face the music 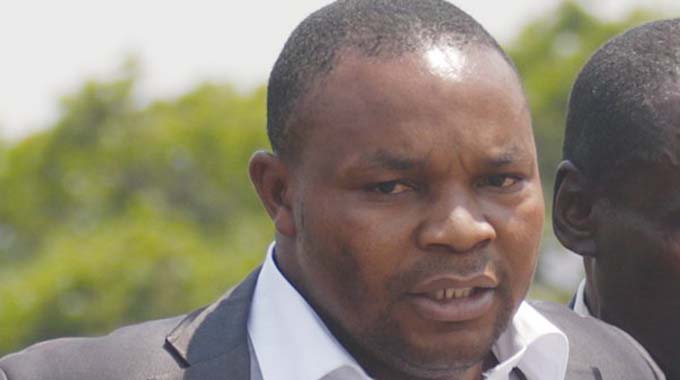 MDC-Alliance candidate for Harare South constituency Shadreck Mashayamombe, who is facing public violence charges, had his application for removal from remand thrown out by a Harare magistrate yesterday.

Mashayamombe allegedly committed the offence in 2015 when he was still a Zanu-PF member.

He is accused of assaulting some party supporters on suspicions they were going to pass a vote of no confidence in him.

Through his lawyer, Mashayamombe unsuccessfully made the application before magistrate Mr Francis  Mapfumo.

In his application, he argued that the witnesses who initially intended to withdraw the matter were not forthcoming.

In dismissing the application, Mr Mapfumo said the State should be given more time to put its house in order and locate the witnesses.

The prosecution turned down the withdrawal affidavit on the basis that the matter should be tried.

In response to Mashayamombe’s application, prosecutor Mrs Idah Maromo said cases of political violence should be prosecuted and finalised.

She said the onus to withdraw the case lay with the State, not the witnesses.

The court ruled in favour of the State and remanded the matter to August 2 for trial.

It is the State’s case that on April 15, 2015, Zanu-PF’s Harare provincial executive called for a meeting at its provincial headquarters.

Only provincial executive members were invited to attend the meeting and the accused persons mobilised themselves and hatched a plan to foil the meeting which they claimed had been organised to boot out Mashayamombe through a vote of no confidence, the court heard.

The gang, the State alleged, proceeded to the venue and started singing outside the offices in solidarity with Mashayamombe.

Later on, another group of party supporters arrived at the venue to show their support for the meeting and an altercation ensued between the two camps, it is alleged.

The court further heard that the accused persons started throwing missiles at the other group, thereby injuring five people.

Besides the injured witnesses, a passing motorist had his vehicle damaged.