Fidelis Munyoro Chief Court Reporter
five new High Court judges, who were sworn-in yesterday, have a wealth of experience, given their diverse backgrounds. They are expected to add value to the bench and ensure efficiency in the delivery of justice at a time the court is saddled with increasing litigation.

He was born on December 11, 1963 in Domboshava, and attended Chinamora Primary School. In 1977, he went to St Francis of Assisi Secondary School until its closure in 1979 due to the escalating liberation war. He completed his O-Levels at Visitation High School and proceeded to Bernard Mizeki College for A-Levels. 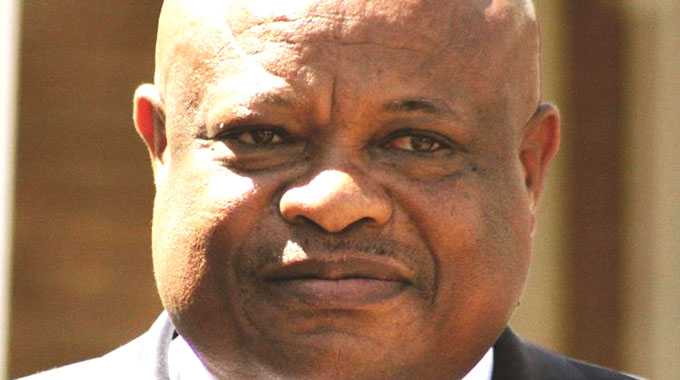 From 1983 to 1986, Justice Chinamora read Law at the University of Zimbabwe and obtained Bachelor of Law (Honours) and LLB degrees. He was admitted into practice in January 1987 and worked in private practice till November 1992, before going to the University of Stellenbosch for a Masters degree in Law.

He graduated with a distinction and briefly lectured at the University of Stellenbosch.

In March 1995, Judge Chinamora returned home to work with the then Ministry of Environment and Tourism as a legal consultant in a process which culminated in the promulgation of the Environmental Management Act (Chapter 20:27). He also reviewed workplace legislation for NSSA, before joining the University of Zimbabwe as a lecturer.

In December 1999, Justice Chinamora went to the UK where he worked in various capacities as company secretary, immigration adviser, college principal and Law lecturer. He also worked for IEI Solicitors in their London and Norwich offices before returning home in September 2014 to rejoin the profession as an advocate.

Justice Chinamora is the author of three book chapters which are in the “Encyclopedia of International and Comparative Private Law” (co-authored with Mr M R McMillan); “Women and Law in Southern Africa” (co-authored with Prof Ian Chikanza); and “Environmental Law and Policy in Zimbabwe”. He has written a number of articles published in respected journals in Zimbabwe, South Africa and Malawi.

“The Judiciary is certainly not a retirement home. Equally, it would be folly to think that it is a stroll in the park.  The bench requires a work ethic of total commitment, industry and diligence. I will execute my judicial functions with due care, admirable probity, and aspire to contribute to the jurisprudence of this country through some groundbreaking judgments.”

Born in Esigodini, Justice Dube-Banda  attended Matsheshe, Exsessvale, Esikhoven and Helem primary schools.  He did his O-Levels at Esikhoveni Secondary School and completed his A- Levels at Mpopoma High School, Bulawayo.

Justice Dube-Banda obtained a Masters in Human Rights Law from University of South Africa (LLM UNISA); a Bachelor of Law Honours Degree  from University of Zimbabwe (LLB Hons UZ); awarded a Certificate of Attendance in Appellate Advocacy Practical Training Course by the Council for Legal Education (Zimbabwe); awarded a Certificate of Attendance in Forensic DNA Evidence by the National University of Science and Technology.    He also served in the Council for Legal Education for compulsory pupillage training programme as one of the trainers. He has been a member of the defence team in the Caprivi treason trial in Namibia and boasts of 25 years experience working as a legal practitioner in Zimbabwe and Namibia. 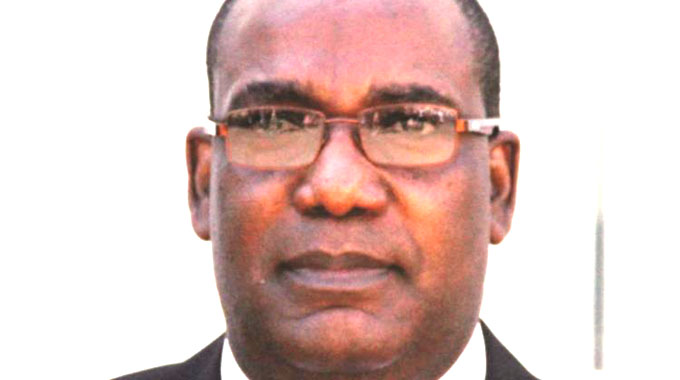 In 2004, he was appointed to the Caprivi trial defence team by the Legal Aid Directorate in Namibia.  He is a board member of the City of Bulawayo’s commercialised Entities t/a Ingwebu Breweries and chairman of the Human Resources and Remuneration Committee of the Ingwebu Board.

“As a judge, I have to contribute to the development of the jurisprudence of this country.

“I will strive to ensure that as a judge I am not only fair and just, but seen to be fair and just in the adjudication process. Decide matters on the facts and the law, being cognisant of the constitutional imperative that enjoins a court when interpreting an enactment, and when developing the common law and customary law to promote and be guided by the spirit and objectives of the Bill of rights. The responsibility is huge, it requires one to re-focus his mind- set, re-think a lot of issues and also learn from those honourable women and men who have served our country with pride and distinction as judges.”

Justice Musithu enrolled with the University of Zimbabwe in 1993, and was registered as a legal practitioner, notary public and conveyancer in February 1997. He immediately joined private practice and worked for two different law firms in Harare, before briefly joining a reputable insurance firm. He left the insurance firm and returned to private practice with another law firm before leaving to join the Zimbabwe Revenue Authority (Zimra) in 2004.

During his tenure at Zimra, he was the authority’s head of litigation, a position he held until recently, when he was appointed as the acting director legal services.  Apart from practising law in the early years of his career, Justice Musithu also doubled as part-time lecturer in Commercial and Business Law at some local colleges such as Speciss and Trust Academy. As the head of the litigation unit of Zimra, he was instrumental in setting up the litigation unit back then in 2004. Justice Musithu handled revenue litigation, which covers the following: Income Tax, Capital Gains Tax, Value Added Tax, Customs and Excise as well as tariff classification disputes for Zimra. 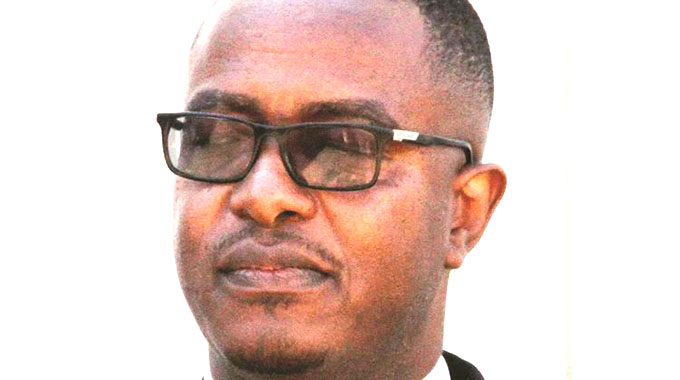 As the head of the litigation unit, he was also responsible for non-revenue litigation which covers areas in general civil litigation, labour and criminal litigation.

Justice Musithu has extensive experience in international taxation litigation, having dealt with cross-border taxation and trade disputes involving complex cross-border commercial transactions. In 2007, Justice Musithu was instrumental in the transfer of the functions of the Registrar of the Tax Courts in Zimbabwe from the then office of the Revenue Commissioner responsible for the administration of the revenue Acts, in terms of which Tax Courts are established, to the High Court Registrar (Fiscal Appeals Courts), in order to align the administration of justice in that area in line with regional and international best practice.

Apart from litigation, Justice Musithu was also involved in the negotiation of several bilateral and multilateral tax treaties, conventions and Memoranda of Understanding involving the authority and revenue authorities in the region and beyond. He was also responsible for negotiating and drafting of local and international contracts involving the authority. He has also participated at several workshops and discussion fora both locally and internationally, with a strong bias on taxation and trade-related matters, and has also presented research papers on taxation, customs and trade issues at some of these fora. Further, during his career in Zimra, he had the opportunity to act as the authority’s board secretary and legal advisor, which role allowed him to work closely with, and render legal advice to the revenue boards then in place. As a member of the legal division, he was also involved in the process of law formulation through drafting of main and subsidiary legislation in conjunction with the office of the Attorney General and the Ministry of Finance and Economic Development.

“I am joining the bench from a commercial, labour law and taxation environment, and I would like to believe that my background will add diversity to a bench which has some of the best legal minds on the continent.

It is my fervent hope that as a member of the bench, I will contribute to the development of the best legal standards in this highly esteemed profession, as already set by the Judiciary over the years. It is also my hope that the State will continue to support the Judiciary, as it has always done over the years, as one of the key pillars of our constitutional democracy, in executing its constitutional mandate as it dispenses justice between man and man, so as to preserve the high esteem in which our Judiciary is held in the region and beyond.

I wish to assure the nation and the appointing authorities that I will work hard to uphold the ethical standards required at this level in order to preserve the integrity of this office as we deliver quality justice to the people of Zimbabwe.”

Justice Evangelista Kabasa was born in Mutare and attended St Joseph’s Primary School before proceeding to St David’s High School Bonda for Form 1 up to A-Level.

Justice Kabasa then studied law and obtained the Bachelor of Law (Honours) and LLB degrees from the University of Zimbabwe. She later studied for a Masters Degree in Women’s Law, which she completed in 2006. She joined the Ministry of Justice as a magisterial assistant in January 1988 and was admitted as a legal practitioner in January 1991.

She progressed to the position of senior and provincial magistrate grade until her promotion to the regional magistrate position in 1999. Justice Kabasa then left the bench in 2008 to join the Legal Resources Foundation as the legal programmes director until her appointment as a Labour Court judge in July 2013. 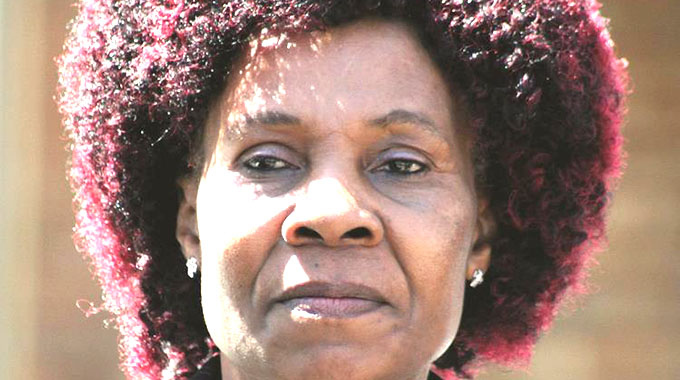 “Having been a Judge of the Labour Court for the past six years, which is a specialised court, being a judge of the High Court means I get to deal with more diverse issues in civil and criminal matters. It is, therefore, an honour to join the High Court bench, where I undertake to give of my best, dispensing justice in an impartial manner without fear or favour.

Furthermore, given the current overwhelming workload, this gives me an opportunity to complement the hard work of my fellow judges who are striving to expeditiously dispense justice.”

Born in Mutare in December 24 1967, Justice Zisengwe attended Sakubva Primary school and later proceeded to Sakubva High school for his secondary education.   He did his A-Levels at Mutare Boys High school.

He first trained as a secondary school teacher and taught for only two years.

He enrolled at Judicial College of Zimbabwe where he trained as a magistrate. After completing his training in 1996, Justice Zisengwe was posted to Masvingo in January 1997. He later enrolled at UZ for his LLB, which he completed in 2005.

Justice Zisengwe’s top drawer performance immediately earned him a scholarship to study for his LLM in a programme jointly offered by the University of Turin (Italy) and WIPO worldwide Academy, and graduated in 2006.

He continued serving as magistrate until April 2006.  Justice Zisengwe briefly left the bench and joined Legal Resources Foundation as centre director in Gweru.

While at the LRF, Justice Zisengwe joined the then nascent Faculty of Law of the Midlands State University as a law lecturer. He left both positions in November 2006 to join the Judiciary in Namibia, initially as principal magistrate. Justice Zisengwe was then elevated to regional magistrate, where he served in that capacity for almost 10 years.  His cumulative experience as a magistrate both in Zimbabwe and Namibia is over 20 years. 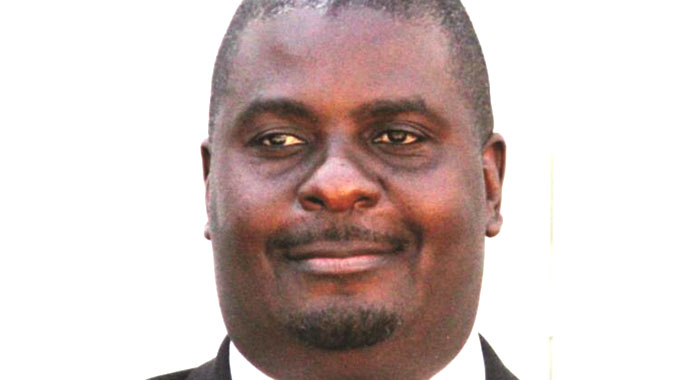 He returned to Zimbabwe in March 2019 and immediately took up lecturing positions at Great Zimbabwe University on full-time basis and MSU on part-time basis until this new appointment!

“I expect the position to be both intellectually stimulating and at times challenging judging from the type of cases that usually fall before the High Court. However, I expect it to be quite fulfilling and enjoyable in the professional sense. The complexity, diversity and even volume of cases though daunting in prospect, is something to look forward to because it is an honour and privilege to serve society at that level. I am aware that it will be no stroll in the park as difficult cases will inevitably come up, but then that is the nature of judicial work. It is my hope and prayer that I will be able to serve with honour, integrity and to the best of my ability.”