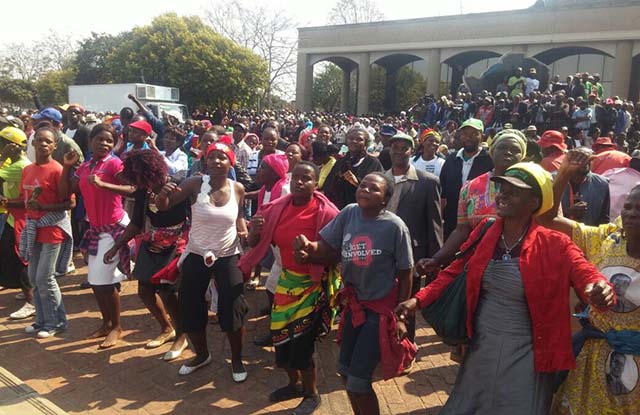 The liberation war veterans, who were arrested on Wednesday 25 August
2021 by Zimbabwe Republic Police (ZRP) officers, were charged with
participating in a gathering with intent to promote public violence,
breaches of peace or bigotry as defined in section 37(1)(a) of the
Criminal Law (Codification and Reform) Act.

ZRP officers accused them of staging a protest on Wednesday 25 August
2021 outside Finance and Economic Development Minister Mthuli Ncube’s
offices in Harare, where they held placards inscribed “Pay war
veterans they deserve please we are human beings. #Mthuli we are tired
of bread crumbs like Lazurus.”

However, ZRP officers released the liberation war veterans around
midnight and advised their lawyer Paidamoyo Saurombe of Zimbabwe
Lawyers for Human Rights and Chawona Kanoti of Kanoti and Partners
that they will contact them if they want to pursue with prosecuting
them.