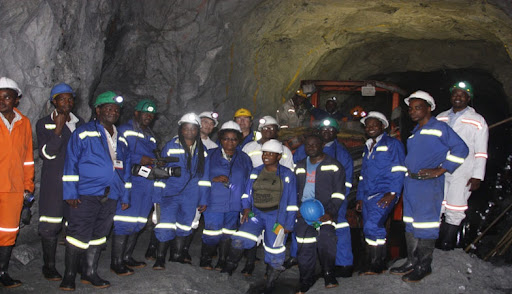 BY PRAISEMORE SITHOLE
UNIONS representing mine workers have embarked on an awareness campaign on labour rights and including sexual harassment in Matabeleland.

In an interview, Zimbabwe Industrial Youth Committee (IZYC) secretary Christian Ranji said they were also targeting women in mining who he said continued to be marginalised.

“We have a lot of women being marginalised in the decision-making processes. They do not know how the unions are being run and how to report their issues. On this drive, we are encouraging women to take part in decision making processes and also air their views,” Ranji said.

“We need to educate women on the benefits of joining trade unions and what they will benefit from because they continue to be marginalised.”

“People are being given short term contracts and you cannot even plan for tomorrow.

“Despite the duration of your contact, we need workers to know that they have their rights at workplaces. Those rights have to be followed. People are now vulnerable to their employers because of unemployment in the country,” Chidindi said.

“We are also looking at the mining sector, where some mines have closed (because of COVID-19). There are those that have been threatened with evictions and we need to see that their welfare will be taken care of.”

New Mines Association representative James Mutasa said it was crucial for miners to know their labour rights so they will not be cheated of their benefits.

“We believe that most of our people spend most of their time at work places and they need to be protected. They need to enjoy whilst they are still employed rather than to try and make things happen after they are dismissed from work,” he said .

Zimbabwe Diamond and Allied Mineral Workers Union youth chairperson Wayne Zinyemba said COVID-19 had transformed the workplace, necessitating the need for “something smarter like unions which are relevant to the industrial revolution 4.0”.