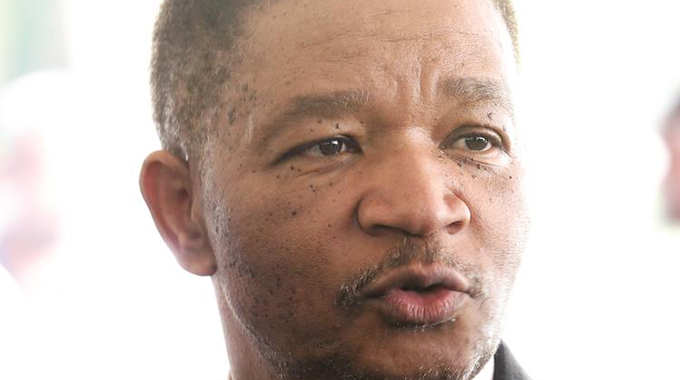 Zvamaida Murwira Senior Reporter
At  least 980 National Railways of Zimbabwe wagons had been loaded with wheat as of yesterday and most of them were now docked at millers as Government moves to ease the shortage of the cereal grain, a Cabinet minister has said.

In an interview yesterday, Transport and Infrastructural Development Minister Joel Biggie Matiza said most of the wagons were already at the millers and National Foods Limited.

The shortage of wheat has seen bread disappearing from shops, a situation which has seen its price soaring particularly on the black market.

Minister Matiza said Government dispatched NRZ wagons to Mozambique to expedite wheat delivery after coaches from that country broke down.

“The commodity is available. Some of the wheat is already at Beira while we have also supplied National Foods and the Grain Millers’ Association. We have been supplying them quite efficiently and we are committed to continue doing that to ensure wheat availability in the country. We have stocks in Beira,” said Minister Matiza.

“Currently, there are 198 wagons so far as of yesterday. What was happening was that the Mozambican side experienced some breakdowns and they are repairing their wagons. We intervened to solve the problem. Actually we had to send our railway coaches to Machipanda Border Post to assist the Mozambican side to bring the wheat straight to Harare. Obviously, there was a minor snag. As we speak now, our coaches are at National Foods and Grain Millers (Association), so we are trying our best to ensure that there is continued supply of wheat by engaging our counterparts in Mozambique,” said Minister Matiza.

Last week GMAZ chairman Mr Tafadzwa Musarara said they  had started receiving the 30 000 tonnes of wheat imported recently and millers who had temporarily closed shop due to the unavailability of the cereal were now expected to resume operations.

The wheat was secured by GMAZ on an instalment prepayment arrangement.

It was released after the Reserve Bank of Zimbabwe paid the balance owed to Holbud’s, a Lithuanian company.

He said wheat was competing with fertiliser imports and this had delayed its delivery as the National Railways of Zimbabwe was overwhelmed.

Mr Musarara said if the NRZ had been bringing in 40 wagons a day, it would take 10 days for the situation to normalise. “We are ready to supply the market and all we need to supply is in place and the only challenge is with the NRZ. We hope NRZ improves,” he said.