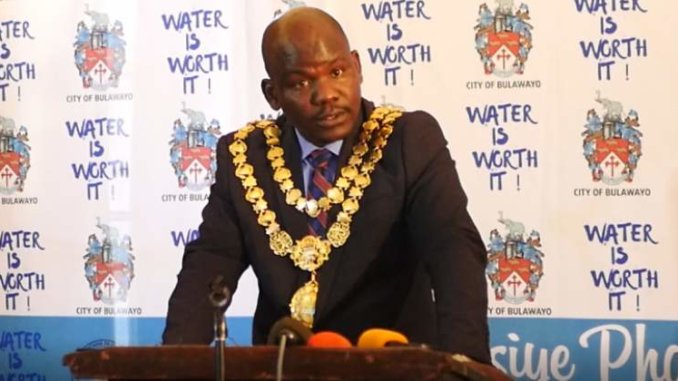 Ncube complained to Chiwenga during his visit to Bulawayo that city fathers were in the habit of boycotting and not co-operating with government agencies on national events.

Chiwenga was in the city for a national clean-up campaign in Entumbane high-density suburb, where the council was represented by a low ranking official.

Mguni said city fathers could not attend the clean-up campaign as they were attending a funeral service of late prominent artist Cont Mhlanga at Bulawayo’s Amphitheatre on the same day.

“Government and indeed civic communications or complaints are not relayed through the Press. I am yet to get such official communication. It’s only fair that we respond after receiving such,” Mguni said.

“Assuming that comment was made about the city, we would now know the context in which it was made. We had a funeral service for someone who is a recipient of civil honours.”

Ncube, who singled out Mguni in her complaint, was not answering her mobile phone yesterday.

In her complaint, she had said: “Of late, we have been having a challenge VP, BCC does not co-operate well with us. I want to repeat this. Of late, we have a big challenge: the Mayor of Bulawayo does not show up. We are doing this clean-up campaign not to benefit me or anyone, but for the good of the city of Bulawayo.”