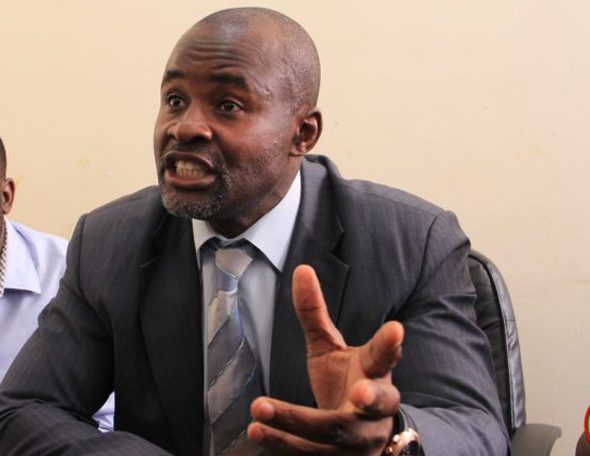 BY MIRIAM MANGWAYA
NORTON legislator Temba Mliswa (Independent) has mocked former Zimbabwe Broadcasting Corporation chief executive Happison Muchechetere, who lost the Mashonaland West ZANU PF provincial chairmanship elections recently.
He also took a dig at other Zanu PF bigwigs and President Emmerson Mnangagwa’s perceived right hand men State Security minister Owen “Mudha” Ncube and party spokesman Christopher Mutsvangwa.
Mliswa chastised Muchechetere and one Zunzanyika for claiming the independent MP was plotting to form an opposition party, with his sister, Mashonaland West Provincial minister, Mary Mliswa-Chikoka. Mliswa-Chikoka won the Zanu PF provincial elections which were endorsed yesterday.
In several leaked audio clips, Mliswa explained his deep-rooted links to Zanu PF and aligned himself with a faction of disgruntled war veterans within the ruling party, exposing his links to the ruling party.
Party insiders have described Mliswa’s attacks as a ploy to worm his way back into the ruling party ahead of the 2023 elections.
Mliswa, a former Zanu PF Mashonaland West provincial chairman, was expelled from Zanu PF in 2015 allegedly for undermining the party.  Then he was also the ruling party’s Hurungwe West legislator.
In the audio clips, he attacked Ncube , Mutsvangwa and Muchechetere for faking their support for Mnangagwa, before claiming that he was the President’s relative and close ally.
He accused Mutsvangwa of decampaigning Mnangagwa in Norton during the 2018 harmonised elections.
Mliswa claimed that he was responsible for mobilising voters for Mnangagwa in Norton.
He also accused Ncube of raising frivolous charges against him to settle personal scores over Susan Mutami, a woman who allegedly has links to both of them.
“I was arrested on baseless COVID-19 charges which were brought up by Mudha (Ncube), who said nothing at the helm of ED’s victimisation during the previous regime. What did they say in the Midlands province in defence of Ngwena (Mnangagwa) during his ? He used State apparatus to arrest me over the issue of Susan (Mutami) because he knows her.
Nobody should interfere between me and the President. I supplied confidential information to the President during the coup. You do not know what he did for me and what I did for him. If you don’t see me with the President it does not mean we are not in good books,” Mliswa said, claiming that in Parliament he defended Mnangagwa, including advocating for the removal of the late former President Robert Mugabe in 2017.
Mliswa also claimed that he had written to Mnangagwa informing him that the war veterans in Mashonaland West province were divisive.
Ncube refused to comment on the issue.
Muchechetere said: “I saw the messages from Temba attacking me, but I responded telling him I wondered why he was bothered when his sister had won in the polls.”
Said Mutsvangwa: “I don’t have time for fools. I have weighter responsibilities in the revolutionary party and have no time for vanity and self seekers. I will not build a personality by sparing with Mliswa. The President belongs to Zanu PF amd not to the independent.
As far as I am concerned, Mliswa doesn’t politically exist. If he can’t find a leader of his independent political party, he can’t appropriate my President.
“Someone for the past two decades has earned his daily keep by trolling Mutsvangwa, even all the way to Beijing during my ambassadorial posting. He strives to be my political alter ego with a ”