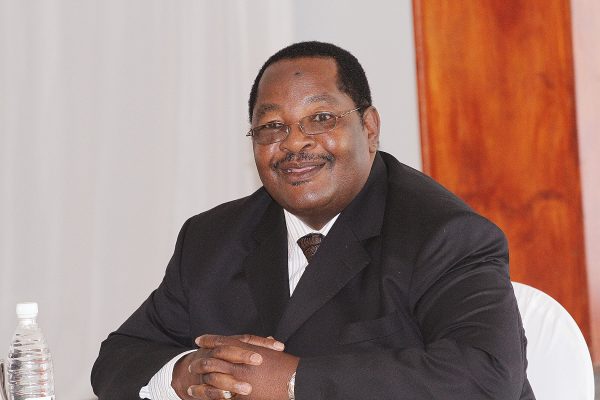 Former Home Affairs minister Obert Mpofu has been forced to relinquish his Senate seat to make way for his successor Cain Mathema, a week after he lost his Cabinet post.
President Emmerson Mnangagwa did not pick the Matabeleland North Zanu PF heavyweight for his so-called dream team that was sworn in last week.

Mpofu recently took an oath as a senator, only for him to be instructed to make way for Mathema.

But the chief secretary to the President and Cabinet, Misheck Sibanda, told The Standard that Mathema was a replacement for Mpofu who had since vacated the senatorial seat.
“Mpofu resigned as senator and honourable Mathema has since taken over that seat, hence he qualifies for a ministerial appointment,” he said.

Mpofu also confirmed the development in a telephone interview.

“We had comrade Mathema who was neither a member of the National Assembly nor a senator and I had to give way for him so that he could be appointed as minister,” he said.
Yesterday Mpofu said allegations that he had fallen out with Mnangagwa were false.

“I did this consciously without any request from anyone as I am full time secretary for administration, a position that will require my full commitment to party issues,” Mpofu said.

“Obviously mischief makers seem to be busy falsifying this very positive move, which can be confirmed with the president of the senate or the president’s office.

“To me Zanu PF is more important than anything else, hence my relinquishing of my senatorial seat to dedicate my time to party issues.”

Clerk of Parliament Kennedy Chokuda confirmed the resignation, but could not give further information as he was away.

Speaker of the National Assembly Jacob Mudenda, who also hails from Matabeleland North, could not be drawn into commenting about Mpofu’s resignation.

“If he is the originator of the (resignation) letter he should confirm that, look for him. I cannot comment on that, so just get hold of him,” Mudenda said.

“Matabeleland North was supposed to resolve the matter, so whether it will be Mpofu resigning is not certain.”

“Can you please get hold of the speaker [Mudenda]? He should know because this is a parliamentary issue and I am not aware of it,” he said.

When pressed about processes Mangwana was talking about, Khaya Moyo said: “Dig deeper into what Mangwana is saying. He obviously has more information.”

In November last year — soon after taking over the presidency following a military coup — Mnangagwa appointed more ministers out of parliament than allowed by the constitution.