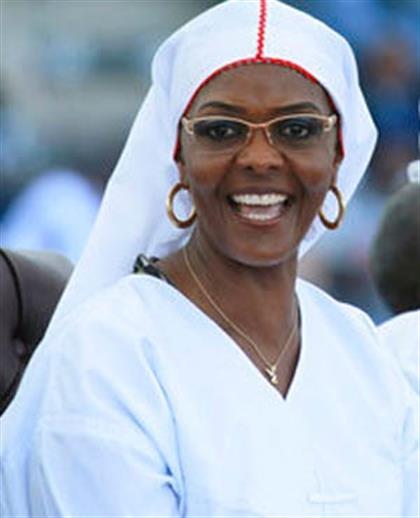 Mnangagwa was last year forced to escape the southern African country, following a fallout with Grace, who was aiming for the presidency in the case of her husband Robert Mugabe’s retirement or death.

The bitter succession battle between the two culminated in Mugabe’s unceremonious ousting in November, led by the military.

Mugabe’s ousting has led to a number of public clashes between the two former allies – with the latest being the former president’s shocking endorsement of Nelson Chamisa last month.

But, according to New Zimbabwe.com, sources have said relations between the two were seemingly normalising after the president had chartered Grace a return flight from the Far East after her mother’s death.

“The president decided to spare the former first lady the inconvenience of scheduled flights at this difficult time, so a chartered plane was arranged so she could return home as quickly as possible,” a senior Zanu-PF official was quoted as saying.

According to Zw News, the former first lady is expected to visit her rural home for the first time since her husband was ousted in November.

Grace Mugabe last visited the family home for the burial of her aunt, where she also addressed mourners.

The spokesperson for a Grace Mugabe-backed party, the National Patriotic Front, Jealousy Mawarire, has commended Mnangagwa’s gesture, describing it as “invaluable”.

I want 2 thank Pres @edmnangagwa & his presidium 4 facilitating the travel of former First Lady Dr Mugabe back home for the funeral of Ambuya Marufu.Such a gesture is very invaluable & much appreciated.May the Lord keep u,lift up His countenance upon u & give u peace.(Nu 6:24-26) pic.twitter.com/wrNeROjMXG