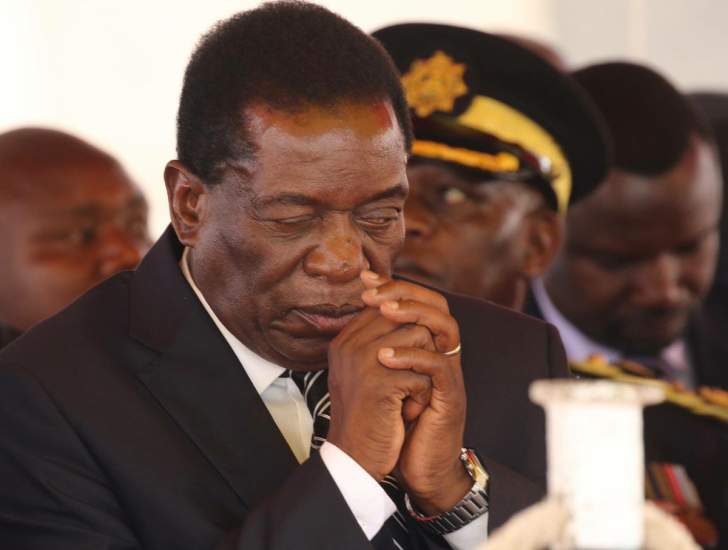 Herald Reporter—
FIRED former Vice President Emmerson Mnangagwa violated the Constitution when he joined a University of Zimbabwe law student’s fight for the suspension of a lawful process to select the country’s new Chief Justice on the basis of a mere proposed amendment to the supreme law of the country, the Supreme Court has ruled. The Constitution provides for the selection of a new Chief Justice through public interviews, but ex-VP Mnangagwa, in his capacity as the then Minister of Justice, Legal and Parliamentary Affairs, supported Mr Romeo Zibani, who was seeking to bar the public interviews.

Ex-VP Mnangagwa filed a draft memorandum to Cabinet in which he proposed a change in the law regarding the appointment of a Chief Justice. The executive draft memorandum led the High Court into granting an interdict stopping the public interviews. However, JSC noted an appeal and proceeded with the interviews that later resulted in the appointment of Chief Justice Malaba as the new judiciary boss.

Early this year the Supreme Court allowed JSC’s appeal, but the reasons for the decision were given in a detailed 21-page judgment availed last week. In the judgment, Justice Bharat Patel said attempts by Mr Mnangagwa to stop a constitutional process on the basis of a proposed amendment of the supreme law was unlawful.

“For a court to grant the privilege that he seeks would be tantamount to condoning a violation of those obligations, thereby posing a serious threat to the rule of law enshrined in Section 3(1) (b) of the Constitution,” reads the judgment.

Section 2(2) of the Constitution reads:
“The obligations imposed by this Constitution are binding on every person, natural or juristic, including the State and all executive, legislative and judicial institutions and agencies of Government at every level, and must be fulfilled by them.”

On appeal, the ex-VP’s lawyers argued that the High Court was correct in attaching value to the evidence from the executive on the proposed amendment of the Constitution. This, according to the Supreme Court, was weird and amounted to an attack on constitutionalism.

“With all due deference to the overarching political role of the executive, this argument is not only startling, but patently outlandish in its disdain for the established norms of constitutionalism. It postulates the very antithesis of the rule of law,” the court ruled.

The court concluded that the Constitution cannot be abrogated or suspended by intended executive action relating to the prospective amendment of its provisions. The court expressed displeasure at the conduct of Zibani and his lawyers. Zibani, through his lawyers, wrote two letters to the Supreme Court intimating that the appeal’s setdown was unlawful, palpably tainted irregular.

He sought the removal of the matter from the roll. “Their reasons for taking that view was not only brusque and overbearing, but also contumelious towards the Registrar and, by necessary implication, contemptuous of this court,” reads the judgment.