Mnangagwa Will Follow Chinese Model With A Tight Grip On Power 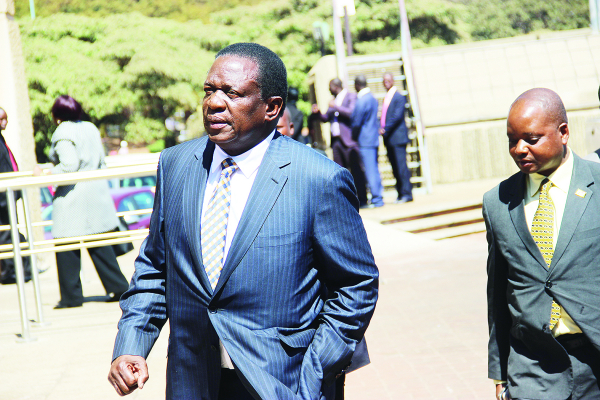 The dust has settled. ZANU PF’s factional war has been fought and won. ZANU PF has tightened its grip on power and the military has come out into the open as the powerbroker in Zimbabwe. 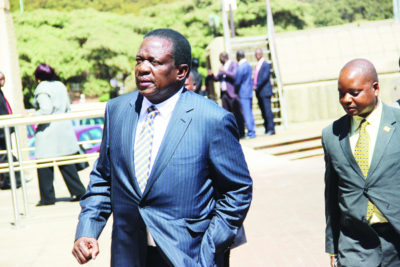 Mnangagwa has emerged as a personable and engaging front man for the junta and is faced with the challenges of breathing life into the economy, dealing with corruption, relieving the cash crisis, creating jobs, maintaining public optimism and rallying popular support as he goes into the election this year.

Electoral reform presents the junta with a dilemma. Mnangagwa has promised free and fair elections and he must deliver some reforms but they will be limited. As I have written previously, they will use the tools of democracy to maintain effective authoritarian control following the Chinese model. They will observe the procedural forms of democratic government without real democratisation. Having tightened their grip on power, the military and ZANU PF will not relinquish it. It is naive to believe that they will voluntarily deliver reforms that will place themselves at risk of electoral defeat.

The factional war within ZANU PF has been fought and won but ZANU PF is still waging war on the people. How long will it take for the euphoria of Mugabe’s departure to wear off and for reality to set in? The old order has not gone. There is no new dispensation. It is the same ZANU PF. Unless we take decisive action, at least another five years of authoritarian rule is immanent.

That it is the same ZANU PF is shown by ZACC’s selective pursuit of G40 — ED’s fight against corruption is not about restoring fiscal propriety but is a strategy to eliminate strong party rivals — and by the recent arrests and violent repression of protestors in Bulawayo.

Mnangagwa has called for an end to political violence but ZANU PF supporters know no other way than violence and intimidation to win an election. ZANU PF has been making war on Zimbabweans for years and it will not stop now.

Yet it is the election that is the junta’s Achilles heel. The credibility of the elections is crucial to the new military-backed government’s efforts to re-engage with the international community and secure the foreign aid, investment and endorsement that will underpin economic recovery. They are also vulnerable because of government corruption, and they are saddled with baggage from the Mugabe era.

However, in order to exploit these vulnerabilities, it is imperative to mobilise those committed to democracy in Zimbabwe to direct their efforts towards achieving an overwhelming turnout of voters in support of an opposition coalition. There is not a moment to be lost!

It would seem from his New Year statement that Morgan Tsvangirai is about to step down so that a new, younger leadership can emerge in the MDC.

It is clear that a grand coalition has to be built around the MDC because it is the single largest opposition party but it is to be hoped that the new leader will look beyond the party to bring together the various opposition groups, large and small. This the existing MDC Alliance is failing to do as ego-driven personalities quarrel over the selection of candidates and post-election positions.

The new leader must present a vision of unity and inclusiveness, welcoming the contributions that each can make, and having the courage to propose the best qualified candidates regardless of party affiliation. The most effective way of coalescing voter support will be to leave the final selection of candidates to voters in each constituency by conducting primary ballots. There is not a moment to be lost!

As Morgan Tsvangirai moves on, so must those who have been so much a part of the Tsvangirai era: Tendai Biti, Welshman Ncube, Thokozani Khupe Elias Mudzuri, and Douglas Mwonzora. Their day is past. They should throw their considerable experience and support behind a new young leader who can take Zimbabwe into the future.

Tapson Muchena is an academic and a keen observer of the Zimbabwe situation. He can no longer remain silent. Email: tapson.muchena@gmail.com. Twitter: @TapsonMuchena