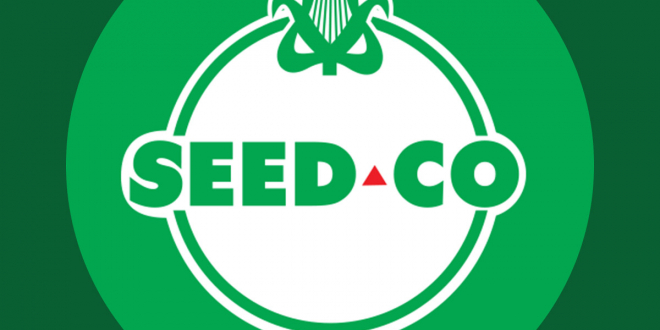 A FURTHER block of investors holding a combined 7% shareholding in the Zimbabwe Stock Exchange (ZSE)-listed seed breeding group, Seed Co Limited (SCL) have accepted a proposal to have their company swallowed up by its offspring, Seed Co International Limited (SCIL), according to an internal paper seen by NewsDay Business.

Early this month, the group made a secondary offer after shareholders making up 78% of its stock granted the deal.

The secondary offer is due to close on March 2, but it appears the remaining 22% have been whipped into line after previously turning down the deal.

This brings the total of stockholders to accept the offer to 85%, and placing the Seed Co group on track to complete a restructuring that will see its combined assets list on the Victoria Falls Stock Exchange (VFEX) under the SCIL brand.

Seed Co group directors are confident that a VFEX listing will give impetus to the firm’s growth ambitions because the new bourse trades in foreign currency.

The 85% figure is contained in a fresh paper sent to shareholders this week clarifying several issues in the planned merger after Imara, a leading advisory firm raised a red flag.

Imara warned last week that the deal places domestic investors at a disadvantage.

“Conceivably, while it is not unusual that some investors may have a different view, comfort is drawn from about 85% support received by way of acceptances to date and the offer still has two weeks to close,” says the paper, which has been co-authored by the two firms.

“SCIL has now received acceptances which gives SCIL about 85% shareholding in SCL and will, therefore, proceed in accordance with the notice already given to shareholders. Subsequent announcements have only been consistent with the plan first made public last year in September and there is nothing new or strange that is being communicated to shareholders,” the paper says.

Imara had also warned about the implications of the merger and de-listing to the local unit’s intellectual property.

But the paper says the restructuring will give SCL a chance to add value to its intellectual property by generating more sales and expanding the distribution network.

“In most jurisdictions plant rights are protected for not more than 20 years after which they become freely available and the Seed Co group has built its technology base out of making combinations from freely available material. For commercialising and distributing any intellectual property created by SCL, SCIL, the regional business, pays arm’s length transfer pricing benchmarked royalties and this arrangement will remain in place despite the proposed transaction. It should also be noted that SCIL has been and is also creating its own intellectual property at its various research stations in the rest of Africa collaborating with various international research organisations as well as in-country public research organisations. For national interests, countries try to limit royalty outflows by promoting in-country technology development while putting in place both tariff and non-tariff barriers,” says the paper.