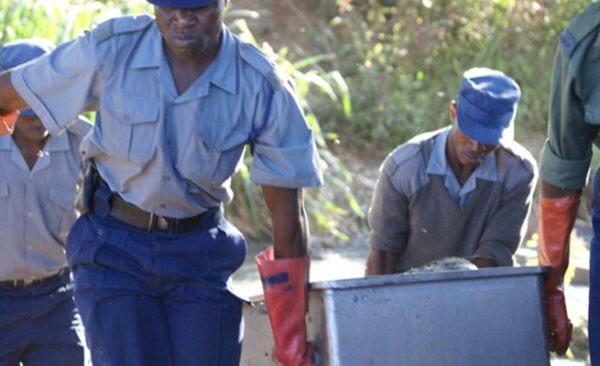 Ali, 46, went missing on 24 May this year after she was reportedly attacked by some alleged Zanu PF activists.

Her body was recovered Saturday in a well at a farm in Beatrice, a farming community neighbouring Harare.

Sikhala, who part of the CCC politicians who witnessed the retrieval of the body later said the body was taken to Chitungwiza hospital mortuary in two parts.

“We are now leaving Chitungwiza Central Hospital mortuary where Moreblessing Ali’s tattered body has been left by the police.

“The body is into two parts. The bottom from the waist on its own and the top the same.

“Intestines packed in a plastic,” said the politician. 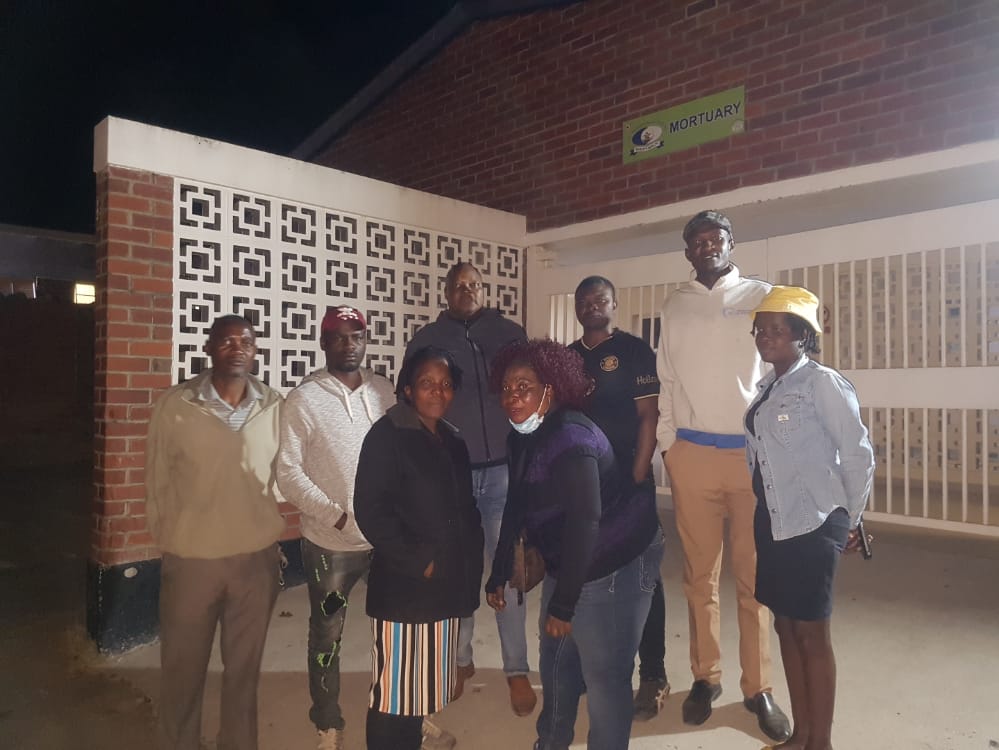 Hon Job Sikhala, Moreblessing Ali’s family lawyer with fellow leaders at Chitungwiza Mortuary.
“The body is into two parts. The bottom from the waist on its own and the top the same. Intestines packed in a plastic bag”.
#RIPMoreblessingAli

Meanwhile, police on Saturday issued threats against unnamed opposition lawyers and politicians it said were profiting from the activist’s misfortune to incite violence.

In a statement, Police spokesperson Assistant Commissioner Paul Nyathi said the law enforcement agency was still to verify the identity of the body although confirming they were after Pius Jamba, the suspect in the killing of the mother of two.

“The Zimbabwe Republic Police confirms the recovery of a mutilated body at Plot number 321 Denota Farm, Beatrice, in a well on 11th June 2022,” Nyathi said.

“The body was observed by Linda Mukandi (57), who is the mother to the suspect, Pius Jamba. The police has been in contact with Moreblessing Ali’s family and has stepped up the identification process through forensic science analysts. The results will be made public as soon as they are out.

“Meanwhile, the Zimbabwe republic Police is disturbed by some politicians, including some lawyers, who are issuing threats to government officials and the police in connection with this sad case. Some are openly inciting violence. The public is urged to be patient and allow the current criminal investigations to proceed smoothly.

“The police reiterates that this is a callous and heinous crime of which all efforts will be made to ensure that suspects are brought to book without fail. However, any form of intimidation or threats under the guise of politics or social media antics are being monitored by the police.

“Politicians should not interfere with criminal investigations and allow the due processes of the law to be followed.

“The police will leave no stone unturned in order to locate the suspect, Pius Jamba and any other suspects linked to this case.”

Nyathi did not name the said politicians although it could be apparent he was referring to Sikhala, who followed the recovery of the activist’s remains with many angry tweets on his handle. 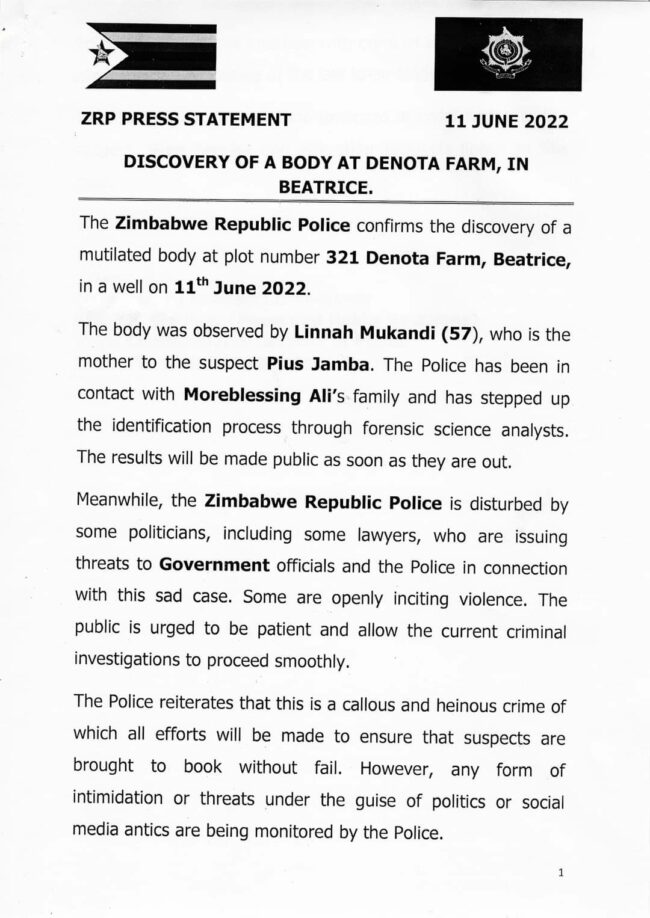 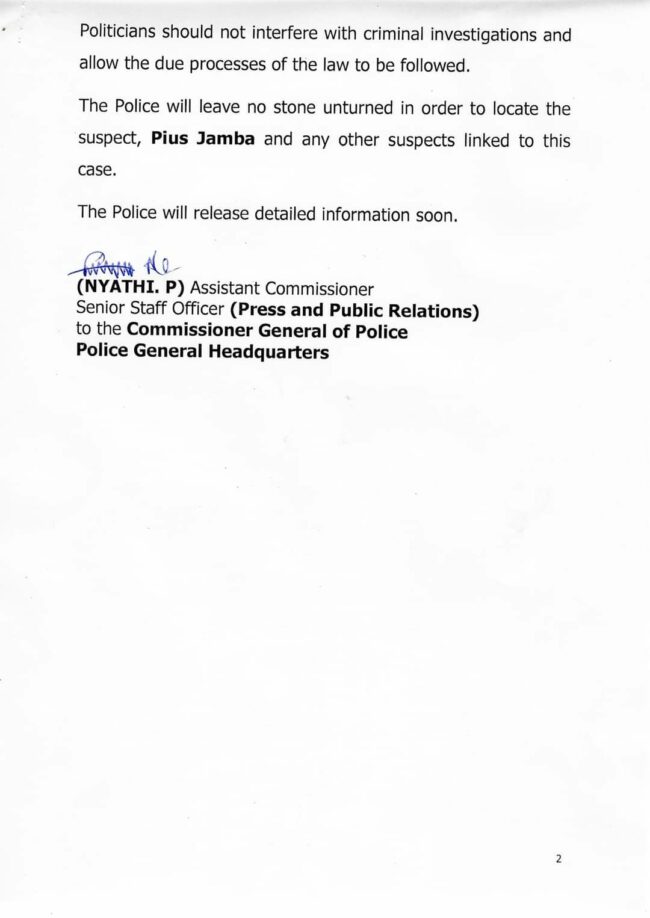