HARARE – Citizens Coalition for Change (CCC) has deployed its internal security to the scene of a human body found this Saturday, Nyatsime area in Chitungwiza amid fears this could be the remains of missing party activist Moreblessing Ali, 46, who was reportedly abducted by Zanu PF activists late last month.

Source: CCC anguish as body believed to belong to Moreblessing Ali retrieved from well – The Zimbabwean 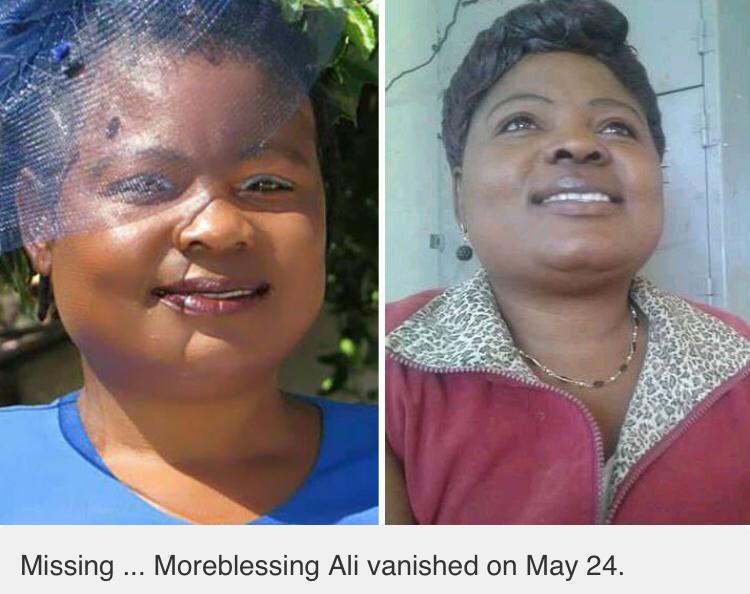 The main opposition, its followers and Ali’s family have endured anguished hours of waiting this Saturday afternoon when news filtered through that a human body was found in a well around the area she was abducted.

Zengeza West MP Job Sikhala, who is closer to the situation, was sharing nuggets of information around the frightening situation.

Posting on Twitter earlier, CCC spokesperson Fadzayi Mahere urged party followers to maintain their patience as efforts were being done to verify if the body indeed belonged to the missing party activist.

Mahere later posted, “Our security team that is on the ground in Nyatsime is working with @PoliceZimbabwe to retrieve a mutilated body has been found in a well located at the Chisango homestead in Nyatsime.

“We will release identification information shortly.”

“They killed Moreblessing Ali. Her body was found in a well in Nyatsime. And they wonder why Zimbabweans say they are worse than Ian Smith!” he said.

Police were yet to publicly comment on the matter.

Ali disappeared with no trace on 24 May after she was allegedly attacked by a mob of Zanu PF supporters in the Nyatsimbe area of Chitungwiza with witnesses saying she was bundled into a car by her assailants.