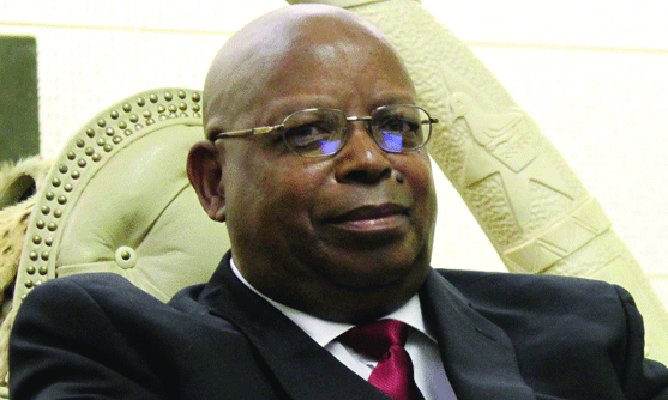 SPEAKER of the National Assembly Jacob Mudenda this week described the current Ninth Parliament as the worst in terms of truancy by ministers during Wednesday’s question and answer sessions.

His statement follows that made in Senate recently by Matabeleland South Senator Simon Khaya Moyo, who expressed disappointment in the performance of ministers in Parliament.

Opposition MPs this week also complained of truancy by the two Vice-Presidents, Constantino Chiwenga and Kembo Mohadi, during question and answer sessions as their attendance is imperative as stipulated in section 107 (2) of the Constitution.

Section 107 (2) of the Constitution reads: “Every VP, minister and deputy minister must attend Parliament and parliamentary committees in order to answer questions concerning matters for which he or she is collectively or individually responsible.”

The issue of Chiwenga and Mohadi’s truancy as well as ministers was raised by Mutare Central MP Innocent Gonese (MDC Alliance), amid shouts from other MPs that they should resign.

Last Wednesday, less than 10 ministers out of President Emmerson Mnangagwa’s Executive made up of 20 Cabinet ministers, 13 deputy ministers and nine provincial ministers, turned up to take questions from legislators.

“Ever since we started the Ninth Parliament, I do not recall a day when any of the two VPs attended question and answer sessions. I am not sure whether they are aware of section 107 (2) of the Constitution that binds them to attend Parliament and answer questions. Can you also make a follow up on the VPs?” Gonese said.

Mudenda responded: “I have not received explanations, but I have asked the Clerk of Parliament Kennedy Chokuda to phone the Chief Secretary to Cabinet Misheck Sibanda to ask where the ministers are.

“Let me also advice the House that this has been the worst non-attendance by ministers and whatever answers we get from Chokuda, I will make sure this gets to the attention of the President this afternoon (Wednesday),” Mudenda said.

On Thursday in Senate, after a handful of ministers also turned up during question and answer session, Moyo (SK) was winding up debate on a motion in reply to the Presidential speech when he expressed his disappointment with ministers.

Teachers dig in over PPE