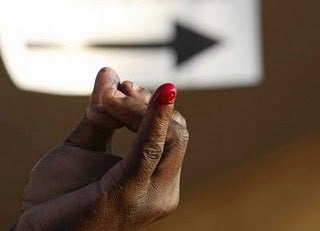 A TASKFORCE on electoral and political reforms should be created under the political parties dialogue forum to push and monitor for the implementation of reforms in order to avert disputed polls in 2023, an independent election watchdog has said.

There were several recommendations to the Zimbabwe Electoral Commission (Zec) from local, regional and other international election watchdogs following the disputed 2018 general elections.

Local independent electoral watchdog, the Zimbabwe Election Support Network (Zesn), urged political parties to push for the establishment of a taskforce to monitor implementation of the recommendations.

“The network, however, encourages that the dialogue culminates in an electoral and political reforms taskforce or a working group comprising Parliament, institutions supporting democracy, political parties, civic society organisations and faith-based organisations, as well as other key stakeholders to closely monitor the timeous implementation of recommendations proffered by local, regional, and international election observers ahead of the 2023 elections,” Zesn said on Thursday in a statement.

The main opposition MDC and some smaller parties are, however, not participating in the dialogue, questioning the legitimacy of President Emmerson Mnangagwa, who they accuse of stealing the election with the aid of the electoral commission.

The Zesn suggested a number of electoral and legal reforms that could be discussed by the dialoguing political parties to ensure credible elections in future.

“The on-going national dialogue must deliberate on political, administrative and legal reforms that are needed to enhance the credibility of Zimbabwe’s electoral processes,” Zesn said.