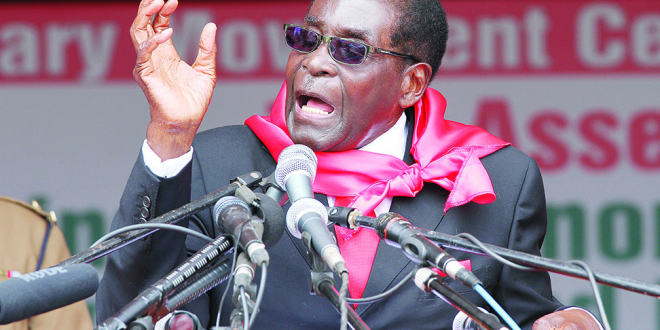 Mhlanga, who used to chair Mbada Diamonds Company, made the disclosure yesterday when he and Kassel appeared before the Temba Mliswa-led Parliamentary Portfolio Committee and narrated how their firms were elbowed out of Chiadzwa in 2016 mafia style by heavily-armed police officers.

Kassel told the committee that Mugabe initially allowed him to mine in Chiadzwa in 2009 and later unilaterally cancelled his contract in 2016.

Kassel and Mhlanga said diamonds worth millions of carats went missing when they were forced out.

“When we signed the contract we were told that Grandwell was to mine in perpetuity and that Marange Resources was to pay for everything and ensure that the licences were made available, but that did not come to pass. Mugabe gave us a guarantee that no one would touch our investment, but Kassel was conned by ZMDC and by the Head of State,” Mhlanga said.

Kassel said they invested $50 million in mining equipment and spent an additional $40 million on exploration.

“Then in February 2016, without our knowledge police arrived at the mine, abused people, acted like cowboys, opened our diamond vaults, broke fences and put our people in a room as if we were criminals. It was an unruly process. They broke our safes and took whatever diamonds there were and our containers,” he said.

Mukoko said on February 24, 2016, he sealed the diamond vaults and recorded their serial numbers before leaving and on the 27th, some of the vaults had been tampered with and diamonds went missing. The vaults were later welded by the police, but they were empty.

He said consolidation was used as a Trojan horse for looting and to bring in individuals with ulterior motives.

Masimirembwa told the committee that the Zimbabwe Republic Police’s company Gye Nyame was in a joint venture with a Ghanaian company, Bill Minerals.

He, however, denied claims that $15 billion worth of diamond revenue went missing under his watch.

“I want to emphasise that there is no way we as Zimbabwe sold $15 billion. People went to Marange for alluvial diamonds and there was no scientific or geological survey, and when the alluvial diamonds were depleting, we got into panic mode and gave all sorts of figures.”

He also told the committee that before ZMDC took over, there was chaos in Chiadzwa and some Lebanese and Mozambicans were camped there looting.