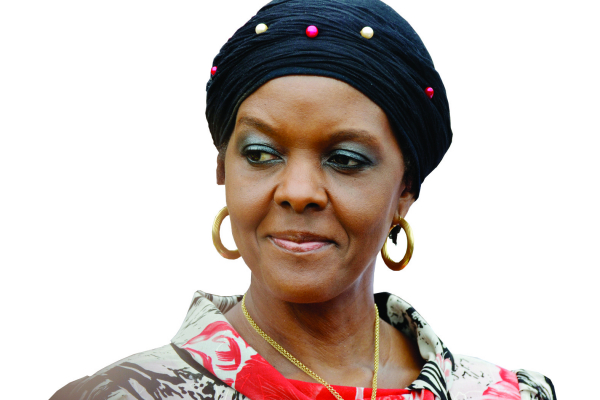 FORMER First Lady Grace Mugabe yesterday filed a High Court application seeking to challenge an order by a Chinhoyi magistrate to exhume the remains of her late husband, former President Robert Mugabe for reburial at the National Heroes Acre, arguing that the lower court had no jurisdiction over such cases.

This was after Chinhoyi provincial magistrate Ruth Moyo recently dismissed an appeal by Mugabe’s daughter, Bona Chikore, against exhumation of the late former leader’s remains.

In her application yesterday, Grace argued that the magistrate had no authority to deliver a ruling based on an appeal by her children if she felt they had no legal authority to file the appeal in the first place.

Moyo had dismissed the appeal by Bona and her siblings, Robert Jnr and Chatunga, against Chief Zvimba (Stanley Mhondoro), saying Grace was the one with legal authority to file the appeal.

Grace submitted to the High Court that on June 2, 2021, she wrote to Moyo after Chief Zvimba in May ordered that her husband’s remains be exhumed and reburied at the National Heroes Acre.

Moyo ordered that she files a court application which would be dealt with in terms of proper procedure, and of which she did through her daughter, Bona.

Grace is now seeking an order to nullify the magistrate’s ruling saying it was not fair.

“I am advised that the procedure that the first respondent directed is not in terms of the law, specifically that I prepare an application for review. The wrongful directive by the provincial magistrate and her clear neglect of duties is prejudicial to me in that it violates my right to equal protection before the law. I wish to direct the court’s attention to the fact that this matter involves the former President of the Republic of Zimbabwe and to that end, has attracted so much public attention and put the Zimbabwean courts under unnecessary spotlight,” Grace submitted.

“Her subsequent refusal to review the community court’s decision is an indication of her unpreparedness or unwillingness to dispose of the matter and that is clearly infringing on my constitutionally entrenched right to a fair hearing. I implore this honourable court to exercise its inherent judicial powers to correct and guide provincial magistrates who might find themselves in the situation of Moyo, particularly when matters of national interest as the present one have arisen.”

Grace urged the High Court to conduct a review of Chief Zvimba’s directive as Moyo had shown that she had no interest in dealing with the matter.

She said the proceedings at the community court were a nullity on the basis of improper service of summons.

Grace further urged the court to hear the application on an urgent basis, as the matter was tormenting her.

“I am advised that the appeal process can take within six months to even two years depending on how inundated the High Court will be to accommodate appeals,” she said.

“This delay in time will be gravely unfair on me and my family as we have to be subjected under intense mental torture each day with the uncertainty of the resting place of my late husband and the former President of Zimbabwe.”

She cited Moyo and Chief Zvimba as respondents.