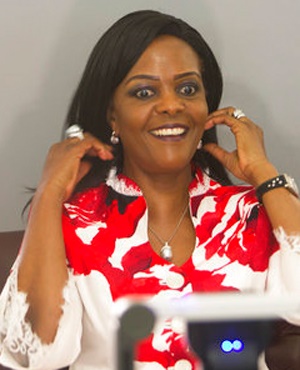 Harare – Relatives of former Zimbabwean president Robert Mugabe have reportedly claimed that they cut ties with their daughter-in-law Grace Mugabe more than two years ago.

According to Voice of America (VOA), the Mugabe clan accused Grace of being “disrespectful to family elders, showing off and sowing seeds of disharmony within the family”.

Mugabe’s uncle Ben Matibiri claimed that Grace belittled everyone in the Mugabe family “as she tried to borrow powers at every opportunity”. This, he said was the complete opposite of Mugabe’s first wife, the late Sally Hefron Mugabe, whom he described as a “great daughter” to the family.

This came as reports over the weekend alleged that Grace was complaining about how her family, businesses and allies were being treated following the fall of her ageing husband.

According to The Zimbabwe Independent, although the Mugabes seemed to be quiet in the public domain, the former first lady had been complaining behind-the-scenes about how her family and the families of her allies’ were being treated.

Grace complained about threats to her businesses and property, citing the terms of the agreement secretly reached as part of the deal for Mugabe to resign.