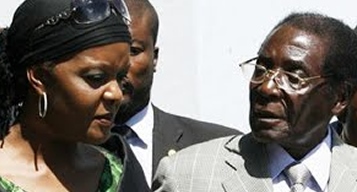 HARARE – Former president Robert Mugabe company’s Gushungo Holdings
(Private) Limited has turned the tables against a potato producing company
that supplied it with seed on credit in 2015, accusing the firm of
breaching a verbal contract entered between the two parties.

However, in its papers filed last Friday, Mugabe’s company claimed that
the potato seed that was delivered was substandard and defective and
resulted in the company incurring losses instead of profits.

“Defendant (Seed Potato Co-op Private Limited) breached the agreement in
that it delivered seeds which were substandard quality, defective and not
as per the agreed standard. The defendant further breached the contract by
delivering locally obtained seeds instead of imported seeds as per its
undertaking. The defendant further charged the plaintiff the price for
imported potato seed and yet it had delivered locally obtained seeds,”
Gushungo Holdings said.

The company owned by the former first family, also said that the seed firm
failed to produce any documentation for certification and approval of the
seeds, in breach of the contract.

“As a result of the breach, the seeds supplied did not produce the
expected harvest and consequently plaintiff suffered huge losses. When the
agreement was concluded, the parties were aware of the following: that
plaintiff was farming potatoes as a business, that is to make profits out
of the farming, should the seeds be not of quality, the plaintiff would
suffer a loss from the potato farming venture,” Mugabe’s firm said.

The company said it planted the potato seeds with all the necessary
requirements.

“It had the red soils which is the best for potato farming and all the
necessary inputs and machinery. Plaintiff employed qualified and
experienced workmen and expertise for the potato farming.

“After harvesting the crop, the plaintiff realised that it had suffered
losses instead of getting profits. The potato seed failed to yield even
the expected minimum yield. The defendant supplied the plaintiff with a
total of 6 262 bags of potato seed. The seeds were planted on a 52,5
hectares piece of land,” the court heard.

According to Gushungo Holdings, a minimum of 70 tonnes per hectare was
expected, translating to 3 675 tonnes for the 52,5 hectares, with an
expected outcome value of $428 385.

“Plaintiff’s loss is calculated by the difference between the revenue
acquired from the potatoes harvested and the production costs incurred,”
the court was told.
The potato seed company is still to respond to the application, which is
still pending before the High Court.

In the main application, the seed company told the court that it had
delivered seeds at several farms, listed as Mwenewazvo, Gushungo Dairy,
Highfield, Vusumuzi, Kaseplan and Iron Mask.

“In July 2015, the parties entered into a verbal agreement in terms of
which plaintiff (in the main application) (Seed Potato Co-op (Private)
Limited) was to supply to defendant (Gushungo Holdings (Private) Limited),
stock of potato seed on credit at a unit cost of $30 per pocket.

“Despite several demands, defendant has neglected, failed and/or refused
to pay plaintiff the sum of its indebtedness,” the seed company said.