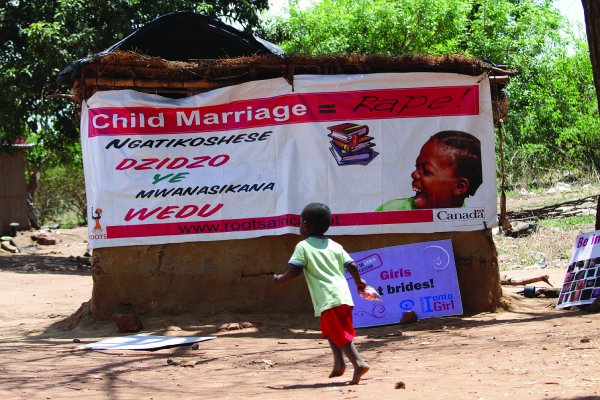 MULTI-FACETED strategies are needed to curb the prevalence of child marriages, a practice which has disadvantaged many young girls in Zimbabwe who are now pinning their hopes on a speedy alignment of marriage laws to the Constitution.

With one in every four girls getting married before the age of 18 (which is the yardstick in the Constitution), in the absence of solid laws, it will be difficult to implement constitutional provisions.

Speaking at the national conference on child marriages, the director of Women’s Action Group (WAG), Edna Musiiwa, said stakeholders are now required to devise a multi-pronged approach to address the problem.

“We need to be looking at various issues here, the laws, the drivers of the child marriage, societal considerations and perceptions,” she said.

Many former and current child brides at the conference gave testimonies of how the unions had affected them and their education.
Some were still trapped in violent relationships, while others had suffered serious health complications, especially during child birth.

“I was married at 13 and my husband beats me up all the time. I dropped out of school and am now stuck. I cannot get out because I am an orphan,” one child bride said before breaking down.

“There are several inequalities because it is the man who decides which type of marriage,” he said.

He, however, said the delays in alignment of the laws were largely due to the overwhelming number of laws to be aligned.

Meanwhile, legislators who were at the meeting said budgetary considerations should be made to support projects like basic education assistance model and health service provisions. They pledged to work with other stakeholders to make it a reality.

“We are not taking this issue lightly and we now want government to consider it as such. All along it was just the NGOs [non-governmental organisations] who were driving this, but now government needs to give it serious attention,” Headlands legislator, Christopher Chingosho (Zanu PF) said.