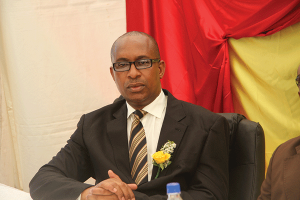 By Obert Gutu MDC-T Spokesperson | The MDC has never, ever been interested in negotiating piece – meal and short – term political deals with Zanu PF in order to enter into a so – called government of national unity.As such,all our dealings with Zanu PF have always been through formal channels such as Parliament,local authorities and some other such formal platforms.At no time has the MDC as a political party or its leader,President Morgan Tsvangirai,ever entered into clandestine and shadowy negotiations with Zanu PF in order to form a so – called government of national unity.

Recent public statements by Chris Mutsvangwa to the effect that President Morgan Tsvangirai demanded to be appointed as a Vice President in a so – called government of national unity led by President Emmerson Mnangagwa are not only blatantly false and misleading but they are also utterly preposterous,frivolous and vexatious.For the record,absolutely no formal discussions were ever held between the MDC and the ruling Zanu PF party led by President Mnangagwa.The MDC has always advocated for and indeed,continues to clamour for the leveling up of the political and electoral playing field in order to hold free and fair elections next year.We are not at all interested in pursuing selfish and self – serving elite pacts that will not bring genuine,lasting and sustainable democratic change to Zimbabwe.We would like,therefore,to dismiss the reckless and thoroughly irresponsible utterances that were recently attributed to Chris Mutsvangwa,with the utter contempt and ridicule that they deserve.

In the interim,the MDC would like to assure the toiling masses of Zimbabwe that we will not betray them as we continue to strenuously fight for the establishment of a truly democratic and progressive nation state in Zimbabwe.We are a resolute and focused political party that can never be swayed by the temptation to embark on the Zanu PF gravy train at the expense of the genuine interests and aspirations of the majority of the people.The new Zanu PF government is already struggling to set up a cogent and effective administrative structure as has been exhibited by the embarrassing boobs in the announcement of the new Cabinet.It is not our business to be involved in the apparent confusion and blundering that has already been shown by the new Zanu PF government under President Mnangagwa.

We shall continue to encourage Zimbabweans to turn out in their millions to register to vote.We also demand that electoral reforms be immediately instituted to prevent the victimization of villagers who are members of the MDC and other opposition political parties.The State – owned print and electronic media should also be opened up to all political parties in tandem with the dictates of the national Constitution.

Zimbabweans are a resilient and peace – loving people who shouldn’t be unduly misled and/or infuriated by the unfortunate and irresponsible utterances made by the likes of Chris Mutsvangwa.We shouldn’t lose sight of the bigger picture which is to construct a peaceful,stable,democratic and progressive Zimbabwe in which the people’s fundamental rights and liberties are respected and the national economy is responsibly managed for the benefit of the majority and not just a small privileged elite.

MDC : EQUAL OPPORTUNITIES FOR ALL