Roy Mwadzura was to prove a point as he managed to hold International Masters Providence Oathlotse and Watu Kobese of Botswana and South Africa respectively. 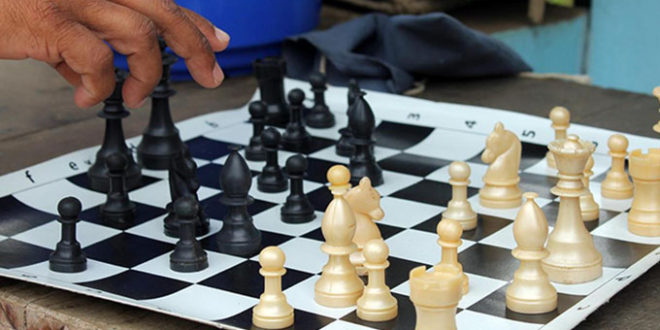 The young player who stood in the shoes of the
likes of International Master Robert Gwaze, IM Rodwell Makoto so as
Mandizha Farai. This was a very interesting feat to carry the
shoulders of everyone on board one. His experience in the online
Olympiad chess tournament gave him the impetus to be able to withstand
the pressure form the Zone 4.5 chess tournament which was the Southern
African chess championships in which team Zimbabwe played.

The players
were almost of the same strength save for just a few outstanding
individuals who had the highest ratings like the IMs from South
Africa, Botswana and Angola. Zimbabwe narrowly lost to South Africa
6-4 in a pulsating encounter in which there was a controversial
decision on WCM Refiloe Mudodo’s game wich would have the country a
draw against South Africa, alas that was not to be as the Arbiters
decided otherwise.

Another Zimbabwean who was on fire was Cyril
Chigodo who won seven out of the eight games he played. he was on fire
after faltering in the first round he never looked back as he and won
all the remaining games which he played. He defeated Candidate Master
Musatwe Simutowe of Zambia on board two, he was also a winner against
the South African player.

Making him one of the players who had
positive scores against the strong teams in the pool. Woman Candidate
Master Kudzanai Charinda was also best performing as she never lost a
single game. she won five and drew two games getting the team’s most
important results and avoiding a whitewash.

The team comprised of
senior players form the males as well as the senior ladies , junior
ladies under 20 as well junior boys under 20. The juniors played well.
These included: WCM Rumbidzai Mawire, WCM Refiloe Mudodo, Leeroy
Mpala, Farai Hamandishe, and Muzhingi Taurai were the juniors. Tapiwa
Gora, Kudakwashe Sibanda and Vitalis Mapuranga were the reserves.
Everyone played a part in the team’s success though the team did not
have a podium finish.

They defeated Lesotho, Namibia and Eswathini.
Their game against Namibia produced a whitewash. Eswathini lost by
8.5-1.5 while Lesotho lost 7.5-2.5. The other games were not good for
Zimbabwe as network caused a lot of problems in round one against
Botswana in which the team lost 2.5-7.5, Zambia team Zimbabwe lost by
3.5-7.5 while the penultimate round was a heartbreaking loss against
Angola. Tapiwa Gora, Cyril and  Chigo won their games while Kudzanai
Charinda drew her game.