Mwonzora and Mudenda – Pre-election pacts expire after an election

Source: Mwonzora and Mudenda – Pre-election pacts expire after an election – The Zimbabwean 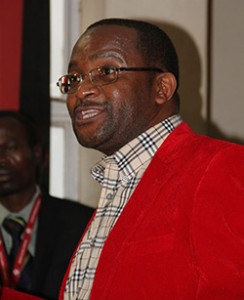 I have reflected on the facts on the ground, including words used by Senator Douglas Mwonzora in interviews granted after the Supreme Court judgement, and there is no basis for the recall of MDC Alliance Members of Parliament.

And that may be the basis on which Speaker of Parliament could have made his decision to recall the MDC Parliamentarians and Senator. The recall is a nulity and can be easily cocntested in the Courts, and if any of the affected parliamentarians wish to contest their recall, I am very willing to contribute to the process if it requires money.

The Speaker of Parliament has really been a national disgrace and should consider stepping down with immediate effect to salvage the image of our beloved country. Advocate Mudenda is very well positioned to know that the parties represented in Parliament are Zanu PF, MDC Alliance, MDC-T and Zimbabwe People First, and pretending to be legally literate and endorse the wishiful thinking of Senator Mwonzora. Mr. Speaker sir, in the first place, only the political party or institution – whatever its form may be – is the one that is responsible for recalling the parliamentarians it sponsored, and you are very well ware that the MDC-T did not sponsor. If you had been made to understand that the MDC Alliance Agreement is still live and binding, watch the video in which Senator Mwonzora specifically says that the MDC Alliance was an electoral pact which is only meant for election purposes. The election purpose is over, and to prove that the agreement was dumped after elections, the Parties did not appoint their own Chief whips in Parliament as had been stated in the election.

Mr. Speaker Sir, this incident in which you have illegally thrown out MDC Parliamentarians out of Parliament is adds to your several documented scandals, and the best thing for you to do to salvage your image, and the image of your party Zanu PF, but importantly the image of the country, is to apologise to the voters who spent their valuable time going to vote for parliamentarians of their choice, only for you to recall them and return the affected parliamentarians to their positions. Swallow your pride and be real.

The manner you also lied about the business to be transacted when parliamentarians were invited for the meeting at which the MDC Alliance parliamentarians stinks. You are playing with people’s minds, and better stop it before further damage is done to the country, affecting innocent Zimbabweans.

Furthermore, the Supreme Court judgement only stated that it was vital for the MDC-T to hold an Extra-Ordinary Congress, based on the assumption that the parties are agreeable to getting back together, that is why it gave the timeline to say, if it fails to happen in four months, then its water under the bridge. People were restored in their previous positions only to prepare for elections, not to recall parliamentarians. This is really wrong.

Interestingly, in the same video in which Senator Monzora said the MDC Alliance was a temporary arrangement, he also said no members of parliament and councillors would be recalled, and the same Senator Mwonzora is now writing to Parliament for the recall of parliamentarians. In his own words:

“We want to assure all our Members of Parliament, and all our councillors, that there will be no retribution against them. There is no appetite on our part to victimise anyone. These are people elected by the people of Zimbabwe, and we must respect, and we do respect the wishes of the people of Zimbabwe, so, there is no victimisation of members of Parliament”.

To know that the owner of these words has signed for the recall of parliamentarians tells a lot about his personal integrity. It is a big morale question.