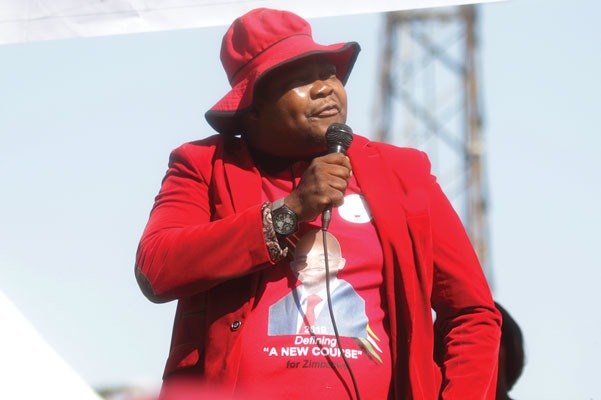 MDC Alliance has announced that it is suspending its participation from parliament, but fell short of withdrawing its legislators, saying it will only do so after a “consultative process”.

A bombastic MDC Alliance vice chairperson, Job Sikhala told a press conference on Thursday that the party was “disengaging from all platforms from which the party has to interact with Zanu PF … pending a decision on the total withdrawal from parliament.”

Sikhala conceded that there could be legislators that might not being interested in withdrawing from parliament when the time comes, saying they were entitled to that, but the party had taken a collective decision in the interests of its members.

This is the latest twist is a dramatic political week, whose most significant development was the parliamentary recall of four MDC Alliance by Douglas Mwonzora, who has reclaimed his position as MDC-T secretary general.

This followed a Supreme Court ruling that said MDC Alliance leader Nelson Chamisa’s rise to the helm of the party was unconstitutional.

There had been speculation that MDC Alliance legislators would resign en masse following the recall of the legislators.

MDC Alliance has made it a habit of issuing threats that they have not followed through on and the latest could be one of those.

On Wednesday, Chamisa vowed to fight following the recall of his legislators.

Six months ago, Chamisa said he would give a signal to his supporters on what course of action to take in the wake of deteriorating economic conditions, but to this day, the said signal is yet to be given, raising frustrations in some quarters.

When asked about this, Sikhala said these were not empty threats.

“Hold on and wait,” he thundered. “If I want to cause pandemonium in the country right now I know what will happen, give us time, time will come.

“Don’t rush us, that hour will come and you will get it.

“You have been pleading for it for a long time, we are now going to give you.”