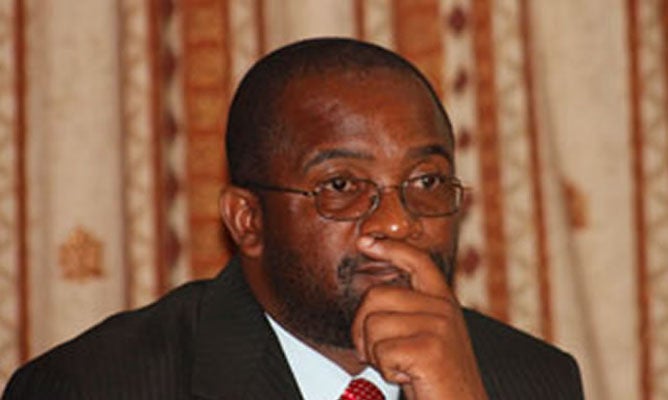 FORMER opposition MDC-T secretary-general Douglas Mwonzora has set himself on a collision course with party leader Thokozani Khupe after blasting the Political Actors Dialogue (Polad) platform, where Khupe is a key figure.

Mwonzora, who was MDC Alliance deputy secretary for international relations before a Supreme Court ruling delivered on Tuesday that nullified MDC Alliance president Nelson Chamisa’s appointment as the opposition leader, also told a local media outlet that he had no respect for President Emmerson Mnangagwa’s human rights record and the way he was handling his dialogue processes under Polad.

Khupe’s MDC-T is a member of the dialogue series snubbed by Chamisa.

“I have no respect for the way this government is carrying on its governance of this country,” Mwonzora said.

His position, however, will likely set him against Khupe, Mnangagwa’s key ally in Polad.

In Polad, Khupe is tasked with pushing the international community to remove sanctions imposed on Zimbabwe, particularly by the United States and her allies.

Mwonzora accused MDC vice-presidents Tendai Biti and Welshman Ncube of leading Chamisa astray as they do not qualify to stand for posts at the proposed congress set in three months.

He also attacked exiled former Cabinet minister Jonathan Moyo, saying given his record in government and history of fighting the MDC, he could not preach democracy to the opposition party.

Mwonzora said if Chamisa subjected himself to the congress, he stood a good chance of winning the party leadership.