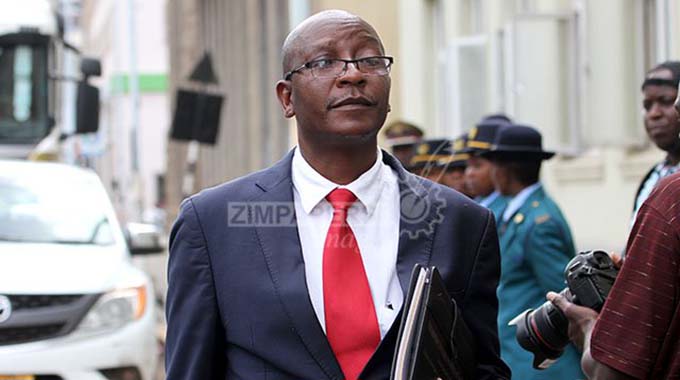 Walter Nyamukondiwa Chinhoyi Bureau
Parliament will convene this week for a special sitting to discuss proposed amendments to the Electoral Act and ratification of the African Charter on Democracy, Elections and Governance. The reforms are expected to govern the conduct of this year’s harmonised elections.

In an interview in Chinhoyi on Friday last week, Justice, Legal and Parliamentary Affairs Minister Ziyambi Ziyambi said the reform process was imminent.

“We will deal with electoral reforms and the domestication of the African Charter on Democracy, Elections and Governance next week (this week),” he said.

“Everything will be dealt with and Members of Parliament will discuss and vote on what will be brought before them. I know that the MDC-T has some amendments they are bringing to Parliament and as the justice minister, we also have amendments to be brought forward.”

Political parties that are represented in the august House — Zanu-PF, MDC-T and the Welshman Ncube-led MDC — have since agreed on a code of conduct to be included in the Electoral Act.

Minister Ziyambi said contentious issues should be cleared through the legal process so that they did not unnecessarily spoil the polls.

The proposed code of conduct is expected to deal with issues related to political violence, which the parties have agreed should not be tolerated. Zimbabwe has so far witnessed intra-party violence involving factions of the opposition MDC-T party.
President Mnangagwa has also made a clarion call for peace before, during and after the elections.

The agreed positions, Cde Mangwana said, would be brought before President Mnangagwa for his assent. Some non-governmental organisations (NGOs) and political pressure groups are accusing Government of being inattentive to electoral reforms.

But Government has been calling on political parties and interest groups to take advantage of the Electoral Amendment Act to bring forward all contentious issues related to electoral reforms.

President Mnangagwa has also assured the nation, regional and international community that Zimbabwe will conduct a free, fair and credible election.