New Dispensation has brought nothing but suffering on the people

Surely, as Zimbabweans we have the right to say enough is enough to this so-called New Dispensation that has brought nothing but suffering on the people, how can Zanu be offended when we as citizens speak of the differences of the former Prime Minister Ian Smith and compare him to the late Robert Mugabe and ED Mnangagwa, it will be seen as if we are siding with the so-called enemy and yet, what we are experiencing is actually worse by our own skin colour.

Source: New Dispensation has brought nothing but suffering on the people – The Zimbabwean 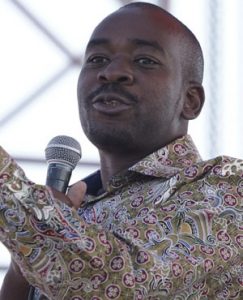 This is shameful, how foolish we were to believe the words of those who promised nothing but hardship, perhaps Bishop Muzorewa was correct when he said Blacks are easily manipulated.

Listening as a child to Mugabe in 1980, and seeing how both he and ED have ruined this country is beyond words, and all we hear is how sanctions are the cause of the hardship we all face and yet the Rhodesians lived under even harsher sanctions and made Rhodesia a success story, even fuel was hard to get but no excuses were given by Smith and yet our govt play the blame game, our nation is in shambles, recently even the Zimbabwe Tourism Authority admitted that the country was a mess and to expect an influx of tourists would be like expecting petrol out of a rock.

Our opposition leader makes a good talker, all Chamisa does is make threats and nothing else, the MDC A is a joke, we need Tendai Biti, Chamisa lacks leadership to even lead this country, all Chamisa wants is to globe-trot and eat pots of mazondo while the rest of us have to make do with one meal a day.
I wonder what the late Herbert Chitepo would say if he were alive today, I wonder what Father Zimbabwe Joshua Nkomo and those passed on would say, I doubt had Rhodesia been in a mess, I am doubtful anyone would have gone to war as no-one would die for a country bankrupt and in tatters.