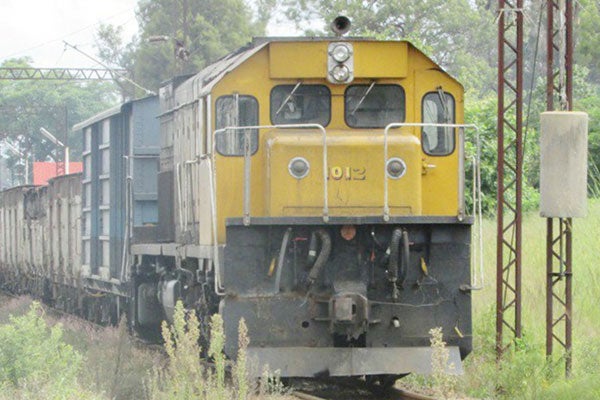 IN the wake of the termination of the US$400 million National Railways of Zimbabwe (NRZ) recapitalisation deal, the Diaspora Infrastructure Development Group (DIDG) and related companies are shifting their investment priorities from Zimbabwe into the region, and are rolling out infrastructure projects totalling US$350 million in neighbouring South Africa.

Under the US$350 million projects the consortium has lined up for South Africa, DIDG will inject US$50 million to implement a range of utilities programmes.
Despite shifting its investment focus from Zimbabwe, DIDG is however still expected to forge ahead with slapping the moribund local rail operator with a US$215 million lawsuit for missed opportunities and other related costs.

Last week, Nyanza Light Metals, also domiciled in South Africa, was authorised by the KwaZulu-Natal Department of Economic Development, Tourism and Environmental Affairs to set up a US$263 million (R4 billion) titanium dioxide pigment plant in Richards Bay in a deal involving DIDG.
The plant will be rolled out in phases.

According to correspondence dated February 21 from the province of KwaZulu-Natal seen by the Zimbabwe Independent, the group was awarded the tender to establish the titanium dioxide pigment plant.

The multi-million dollar projects in South Africa are projected to spin 1 200 indirect jobs.The titanium dioxide pigment plant in Richards Bay, which is the centrepiece of the consortium’s projects in South Africa, is touted to spur economic development in the port town. The group’s utilities portfolio is valued at US$33 million (R500 million).

The multi-million dollar plant, established by Nyanza and Avertana of New Zealand, will utilise waste steel slag that South African mining firm Evraz Highveld Steel and Vanadium has been stockpiling at its Witbank operations.

Two years ago, the South African consortium was awarded the multi-million dollar tender by government to revive the moribund NRZ in 2017, but the troubled deal stalled after Transport minister Joel Biggie Matiza scuttled the transaction in favour of a preferred bidding suitor, Feonirich Investments of Dubai, which has since failed to secure the deal.

Following Matiza’s spirited manoeuvres to muscle out DIDG, cabinet swiftly terminated the transaction — which had been given the seal of approval by Treasury, citing that the consortium had no financial clout to implement the multi-million dollar project. This is despite the fact that the South African consortium had furnished Matiza with indicative funding term sheets with a cumulative value of over US$1 billion.

A source knowledgeable about the botched transaction, which President Emmerson Mnangagwa feted as key towards setting Zimbabwe’s fragile economy on a recovery and growth path, said the diaspora-backed consortium now considered Zimbabwe unfit to “handle such a huge deal”, considering its harsh investment environment.
Instead, sources said, DIDG would now redirect their capital into the region, particularly countries with stable investment environments such as South Africa and Namibia.

The source said: “The consortium is taking its time studying the economic environment in Zimbabwe. As for now, the thinking is that Zimbabwe is not in great shape to take such a huge investment. In the short-term, the group is focussed on building its portfolio in South Africa while it continues to monitor the situation with NRZ.”

Chimhandamba told the Independent this week that following the cancellation of the US$400 million NRZ revitalisation transaction, the consortium is now concentrating on growing its broad investments in South Africa.

“Indeed, we continue to monitor NRZ. However, we are taking our time studying how Zimbabwe’s economic environment is developing,” he said. “As DIDG, we have ramped up our efforts on infrastructure projects in the meantime.”

After the multi-million dollar NRZ revival deal was terminated, DIDG announced that it was going to slap the insolvent rail operator with a US$215 million lawsuit, citing missed opportunity costs and the resources it had already injected into the entity.

In a series of exclusive news reports around the controversial termination of the DIDG bid, the Independent revealed in December that if the planned lawsuit went ahead, potential suitors would be wary of investing in an insolvent entity, hamstrung by a US$350 million debt.

In December, a source close to the looming lawsuit told the Independent that DIDG would seek to recover transaction costs amounting to US$8 million while Transnet would push to recoup US$5 million it was owed in unpaid lease fees for rolling stock delivered as an interim solution.

With the DIDG-NRZ US$400 million deal dead in the water, the local rail operator is now scouting for new suitors. Cabinet last year controversially terminated the multi-million dollar DIDG tender that had attracted the interest of various regional banks who were waiting in the wings with over US$1 billion.

NRZ, among other key state enterprises, most of which have become broke and dysfunctional, used to play a critical role in Zimbabwe’s economic development. At its peak, the embattled rail operator moved 18 000 tonnes annually with a staff complement of 20 000.