Source: No one is going to save Zimbos but themselves: Makoni – NewsDay Zimbabwe 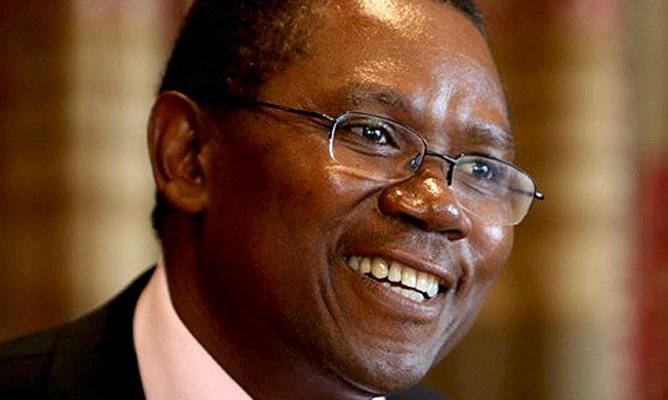 Simba Makoni (SM) is regarded as one of the best ministers to preside over Zimbabwe’s Treasury. He then formed his party, Mavambo/Kusile/Dawn (MKD) which had a good showing in the 2008 presidential elections, controversially won by Mugabe. Last week, the former Southern African Development Community (Sadc) executive secretary sat down with NewsDay (ND) reporter Cliff Chiduku to give his opinion on the state of affairs in the country.

ND: In 2008, you had a good showing in presidential election (gaining 8% of the vote) but your party collapsed thereafter, where did things go wrong?

SM: We are continuing our efforts to “get Zimbabwe working again”. I must concede that we have not been as vocal and visible as other political parties, but we are alive and quietly organising, while at the same time feeding our ideas for solving the country’s myriad problems, through other co-operative national engagements.

ND: Speculation had it that you were a Solomon Mujuru proxy, why did you not work with his wife Joice after she was booted out of Zanu PF in 2014?

SM: Both I, personally, and MKD as an organisation, have been keen to co-operate with other individuals and organisations, who genuinely wish to contribute to solving the country’s problems. I can assure you that, to that end, we continue our efforts to facilitate and contribute to effective co-operation mechanisms. However, it is worth recognising that co-operation takes two or more voluntary participants. You cannot impose it on others.

ND: When President Emmerson Mnangagwa took over the presidency via a coup in November 2017, he sold himself as a listening President and a reformist, but events on the ground speak to the contrary. How has the new dispensation fared so far.

SM: There is no difference in the ethos, culture and methods of the so-called new dispensation, compared to before November 2017. People now live in more fear. There is no hesitation to deploy the military in circumstances requiring civilian law enforcement. Abuse and denial of human rights are worse. The economy and social services have deteriorated further.
Poverty, food insecurity, joblessness, homelessness continue to deepen. The nation’s physical infrastructure has all but collapsed. Corruption and plunder of national resources continue unabated. The country is a total pariah. In fact, we are in a mess.

ND: Some former Zanu PF stalwarts are applying for readmission into the ruling party and you, given a chance, would you consider rejoining the party or government?

SM: No, not at all! The Zanu PF that liberated the country does not exist anymore. It was replaced a long time ago, by the Zanu PF of “degrees of violence, greed, corruption,
incompetence, human rights abuse, economic collapse, food insecurity, no aspirin and bandages in hospitals, no books and chalk in schools, tichingotonga (while we rule) …” So, there is no Zanu PF to rejoin.

SM: Maybe he should follow his policy announcements and live his views and visions at the time he was appointed.

ND: Some believe Zimbabwe’s problems are more political than economic?

SM: Yes, the root cause of our problems is politics — toxic politics, intolerant politics. All the factors you list above are symptoms with the bigger political problem.

ND: Do you think it is time to shift to a different political model?

SM: Please, bear in mind that any system is as good as the people who operate in it, or operate it. There are successful “first past the post” systems, and yes, it is possible for Zimbabwe “to crawl” out of its myriad of current crises, if leaders recommit to serve the people, rather than serve themselves.

ND: The Southern African Development Community (Sadc) has been accused of handling the Zimbabwe crisis with kid gloves. From your experience as Sadc executive secretary, how effective is the regional bloc in dealing with errant member States?

SM: It is 26 years since I left Sadc. Time has lapsed, personalities have changed and circumstances have equally changed. So, it will not be appropriate to compare the Sadc of 26 years ago to the Sadc of today.

However, assessing Sadc’s performance against its own yardsticks, for example, guidelines for democratic, free and fair elections, macro-economic convergence towards common values, standards and systems, towards a common future, there is a wide gap between professions and practices.

In addition, Sadc may wish to borrow a leaf or two from Ecowas [Economic Community of West African States], on how to deal with regional politics, particularly how to treat deviations from agreed principles and standards.

You ask that is the regional bloc doing enough to save the Zimbabwean situation? Please, Zimbabweans should accept that they created their own problems, and no one is going to save them from themselves. Remember, we are own liberators.

ND: If Zimbabwe goes for political dialogue, what form and shape should the talks take?

SM: The common denominator of past “dialogues”, for example the Lancaster House, Unity Accord and Global Political Agreement, is that they were dialogues of the political elites aimed at “power sharing”.

The agenda should go beyond power politics/power sharing to constructing a social contract, a foundation for a nation at peace and in harmony with itself, a caring culture, a strong work ethic, respect for the law, human rights, fairness, equity and justice.

ND: Can you comment on the state of affairs in Zimbabwe’s opposition politics?

SM: Zimbabwean politics as a whole, not just opposition politics, is violent, predatory, extractive, disempowering. It alienates leaders from those led and subjugates people to leadership, it steals from the people to feed leaders, thrives on intimidation, coercion and fear, is cemented by opportunism rather than values and principles. The above are the characteristics of our national politics, ruling party or opposition, — tragic!
ND: Your partying words …

SM: Fellow Zimbabweans, change is in our hands. Together, we can make the change we deserve. We need genuine unity of purpose.