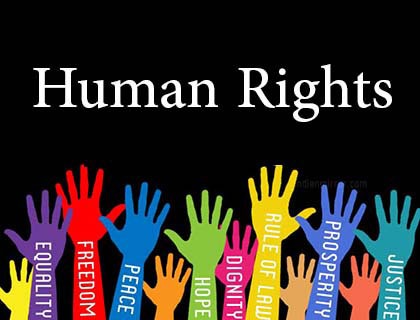 A HUMAN rights group, Restoration of Human Rights (ROHR) Zimbabwe, based in Scotland and the United Kingdom, has launched a campaign dubbed A Prison Jersey to push for an end to unlawful arrests in Zimbabwe.

Their campaign comes in the wake of recent reports of abductions, arrest of political activists and assault of journalists and human rights defenders in Zimbabwe, developments that have put the country under the international spotlight.

In a statement, ROHR highlighted that its Scotland branch on September 22 produced a video launching the campaign against the human rights violations back home

“This appeal follows a very disturbing pattern, whereby the Zimbabwean government is increasingly resorting to arresting those viewed to be speaking against the regime,” part of the statement read.

Several opposition members and activists, including journalists and lawyers, were arrested by President Emmerson Mnangagwa’s administration ahead of the foiled July 31 protests.
Some of those arrested spent over 40 days in remand prison being denied bail.

ROHR said most of the aforementioned were charged with “inciting violence” when they were simply just calling for an end to looting of public funds, violation of human rights as well as a myriad bad governance issues.

The human rights group said during their unlawful arrests, prisoners were denied bail and the courts delayed pronouncing bail rulings, an act meant to ensure that they were incarcerated without trial.

“Thousands of citizens are dying daily because of the (dysfunctional) healthcare system, all courtesy of the rogue and crooked politicians, stealing and misdirecting State resources such as funds meant for public services like hospitals, water, etc,” ROHR said.

“We are appealing to the Zimbabwean government to end these unlawful incarcerations of political leaders, human rights activists and journalists whose only crimes were soliciting for the end of corruption and human rights violations in Zimbabwe. This is what all progressive citizens are fighting against and Mnangagwa’s regime should put an end to this and stop harassing citizens.”

Newer Post
Exploring food sovereignty for sustainable development
Older Post
No one is going to save Zimbos but themselves: Makoni