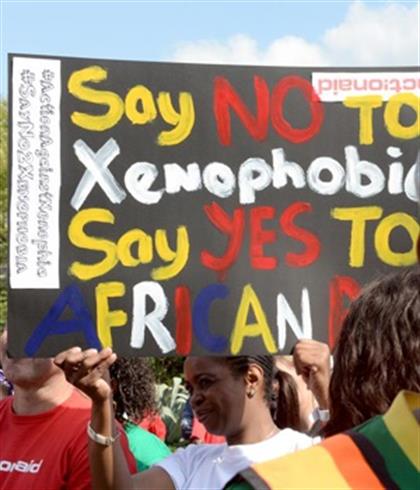 The Zimbabwean government has become the second to announce the voluntary evacuation of some citizens from South Africa after two of their nationals died during xenophobic violence, media reports said on Wednesday.

This was announced by Information, Publicity and Broadcasting Services Minister Monica Mutsvangwa on Tuesday, and comes after the Federal Government of Nigeria announced that a private airline had also offered to evacuate some of its own citizens from South Africa, the Herald in Zimbabwe reported.

“The Minister of Foreign Affairs and International Trade (Sibusiso Moyo) briefed Cabinet on the current xenophobic attacks on immigrants in South Africa,” the Herald quoted Mutsvangwa as saying.

“He indicated that a total of 171 Zimbabwean nationals had been affected, with two of them having lost their lives.

It was a harrowing week for South Africa.

“Government is deeply saddened by this occurrence and is currently in the process of making arrangements to urgently repatriate the affected citizens back home.”

Reuters reported that Moyo had added that Harare would “escalate” the evacuation if the situation deteriorated and that he was seeking support from international organisations to help those affected.

Comment from Zimbabwe’s embassy and consulate in South Africa was not immediately available, so there was no clarity on when the evacuation would take place, and who would qualify.

Airline offers to fly Nigerians out

On Tuesday, News24 reported that the Nigerian government had informed the public on its website and via Twitter that the proprietor of Air Peace Airlines, Chief Allen Onyema, had volunteered to send an aircraft from Friday, September 6, 2019, to evacuate Nigerians who wished to return home free of charge.

Questions regarding the logistics were sent to Air Peace and to the Airports Company of South Africa, and their responses will be added when received.

Nigerian President Muhammadu Buhari is expected to visit South Africa in October to “reinforce strong bonds”, following a spate of attacks on foreigners.

State Security Minister Ayanda Dlodlo told media on Tuesday that the Nigerian evacuation, reportedly of around 600 people, was not being organised by the Nigerian government itself, but by a private airline owner.

Gauteng has been hardest hit by the attacks, with sporadic violence occurring across all three of its big metros, where local and foreign-owned shops were targeted, damaged and looted.

‘It’s nothing to do with xenophobia’

Close to 700 people have been arrested.

Some of the ministers participating in an urgent parliamentary debate on the topic, which also threatens official relations between the countries, said the attacks were criminal, not xenophobic nor Afrophobic.

Turning to the public violence, he said: “We are dealing with criminality.”

“For us, it’s nothing to do with xenophobia, it’s criminality,” he said.

To illustrate his point he said that it wasn’t only shops owned by foreign nationals that were torched.