‘NRZ has been on perennial decline mode’

Source: ‘NRZ has been on perennial decline mode’ – NewsDay Zimbabwe 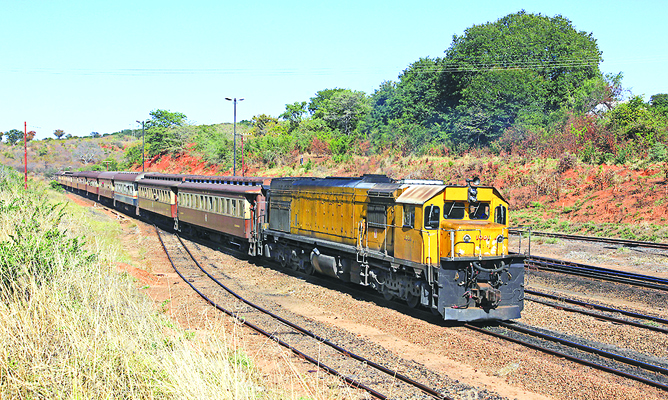 The firm said foreign currency earnings had also been affected by monetary policy changes which ushered in a dual pricing system.

An internal memo addressed to staff dated October 14 said the NRZ had moved 1,7 million tonnes of freight in 2021, the lowest volumes it has ever shipped.

“2021 performance has been by far the lowest,” the memo seen by NewsDay Business read. The NRZ is failing to access forex on the auction system, hence the meagre forex revenue insufficient to purchase requisite spares,” it said.

To improve performance and lure more clients, the parastatal said it was pursuing the issue of making Port of Maputo an alternative route for chrome exports.

The firm will also be refurbishing its tankers to capture the fuel shipment market.

But instead of cutting staff, the company has decided to redeploy staff to deficit areas.

“This restructuring is not meant to retrench staff, but redistribute staff so that they are efficiently utilised,” the NRZ said.

“Excess staff will be deployed to understaffed branches, special assignments and new projects on the cards such as borehole drilling and quarry mining. Staff redeployed on personal to holder will retain their benefits and salary scales and as such also benefit from any salary adjustments which their counterparts get. Vacant posts will be advertised for filling as soon as possible. All are encouraged to be co-operative and remain vigilant as we go through this restructuring process in trying to turn around the fortunes of the organisation,” the memo noted.

Already, there has been anxiety over the restructuring exercise with staff telling NewsDay Business that not enough consultations have been made since it started in June 2020.

Responding to NewsDay Business, board chairperson Martin Dinha said: “The NRZ has been on perennial decline mode for some time owing to shrinking business volumes as a result  of  depressed  economic activities. The result has been a dwindling revenue base, unsustainable overhead costs, failure to acquit salary bills and other statutory obligations on time. Resultantly, the shareholder, directed that a restructuring exercise to turn around the fortunes of the entity be carried out. Pursuant to that, management reviewed the  entity’s  business  strategy and followed  that  by reviewing the organisational structure.

“The new structure was subsequently approved by the board and is currently at implementation stage, as evidenced by the redeployment of staff from areas of less need to critical productive areas. The process will not result in the retrenchment of any employee instead excess staff will be retrained and redeployed to areas of need.”

“It is normal for any change process to be met with various opinions by those affected. The rationale for restructuring is to ensure that the entity is transformed to profitability. That is exactly what is happening,” he said.