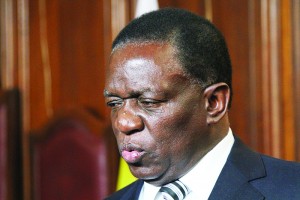 WHILE attending an investment conference in South Africa, President Emmerson Mnangagwa was asked about the situation of a Rusape white farmer, Robert Smart, who had been evicted from his farm some months earlier.

In January this year, the President made sure that the farmer was allowed back on his farm. Government, through the Ministry of Lands, Agriculture and Rural Resettlement, also instructed that white farmers still on the land be issued with 99-year leases. Previously they were issued with five-year leases.