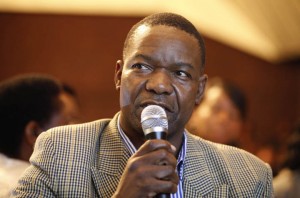 ZIMBABWE’S largest platinum miner, Zimplats, is next month expected to resume production at its Bimha Mine, which collapsed nearly four years ago.

To date, Zimplats has invested less than half the funds needed to revive the mine, which collapsed in 2014 and resulted in a 50 percent drop in production.

The Impala Platinum subsidiary, which spent $32,4 million on capital expenditure in the half year to December 30, 2017 compared to $25,1 million during the same period in 2016, said Bimha Mine would resume full production next month.

“The redevelopment of Bimha Mine remains on schedule to reach full production in April 2018. A total of $46,8 million has been spent on the project as at  December 31, 2017 against an approved total project budget of $101 million,” Zimplats said in a statement last week.

Various mining players in Zimbabwe reduced their capital expenditure in the last few months due to uncertainties in the sector and foreign currency shortages.

For instance, Zimplats has so far spent $20,1 million developing Mupani Mine ― the replacement mine for Ngwarati and Rukodzi mines ― against an estimated total project cost of $264 million.
Industry experts said Zimbabwe’s mining sector is performing well below its potential despite the country hosting an impressive variety of mineral deposits comprising more than 60 minerals and metals.
The southern African country has the world’s second largest platinum deposits and is the fifth largest lithium producer.

According to the Chamber of Mines of Zimbabwe, the country’s nearly 800 mines have the potential to earn $18 billion per year, but were only turning out about $2 billion per year.

Strides have been made to change some of the country’s strict regulations after the Indigenisation and Economic Empowerment Act of 2009 ― a law that compelled all companies operating in Zimbabwe to cede 51 percent or more shareholding to black Zimbabweans ― was revoked.

In December, President Emmerson Mnangagwa’s government said the policy would  now only apply to diamond and platinum mining.

Linde noted that it was difficult to forget the Robert Mugabe era, depicted by intimidation, threats of appropriation and closure.

Platinum miners have continued to voice their frustrations over Zimbabwe’s mining laws. Anglo American Platinum (Amplats) is currently building a $62 million smelter at its Unki mine, but since work began, processing laws and rules have changed three times.

Last year, another miner, Impala Platinum, said the export levy was unaffordable and could lead to closure of its Mimosa Mine.

Apart from legislative issues, platinum miners are also struggling with low prices, which have dropped by more than 50 percent from peak levels in 2008.

Nevertheless, the World Platinum Investment Council expects overall demand to increase two percent year-on-year in 2018, after a challenging year for the market in 2017.

“We believe the new administration will be better off scrapping regulations that discourage investors, instead of boasting about the country’s potential at investment conferences. Investors want government to be coherent and provide a consistent legal framework that allows foreign mining entities to maintain a controlling stake in operations, so they can enjoy a fair share of mining profits,” Linde said.