Pakistan defeated Zimbabwe by 8 wickets in the third T20 match. 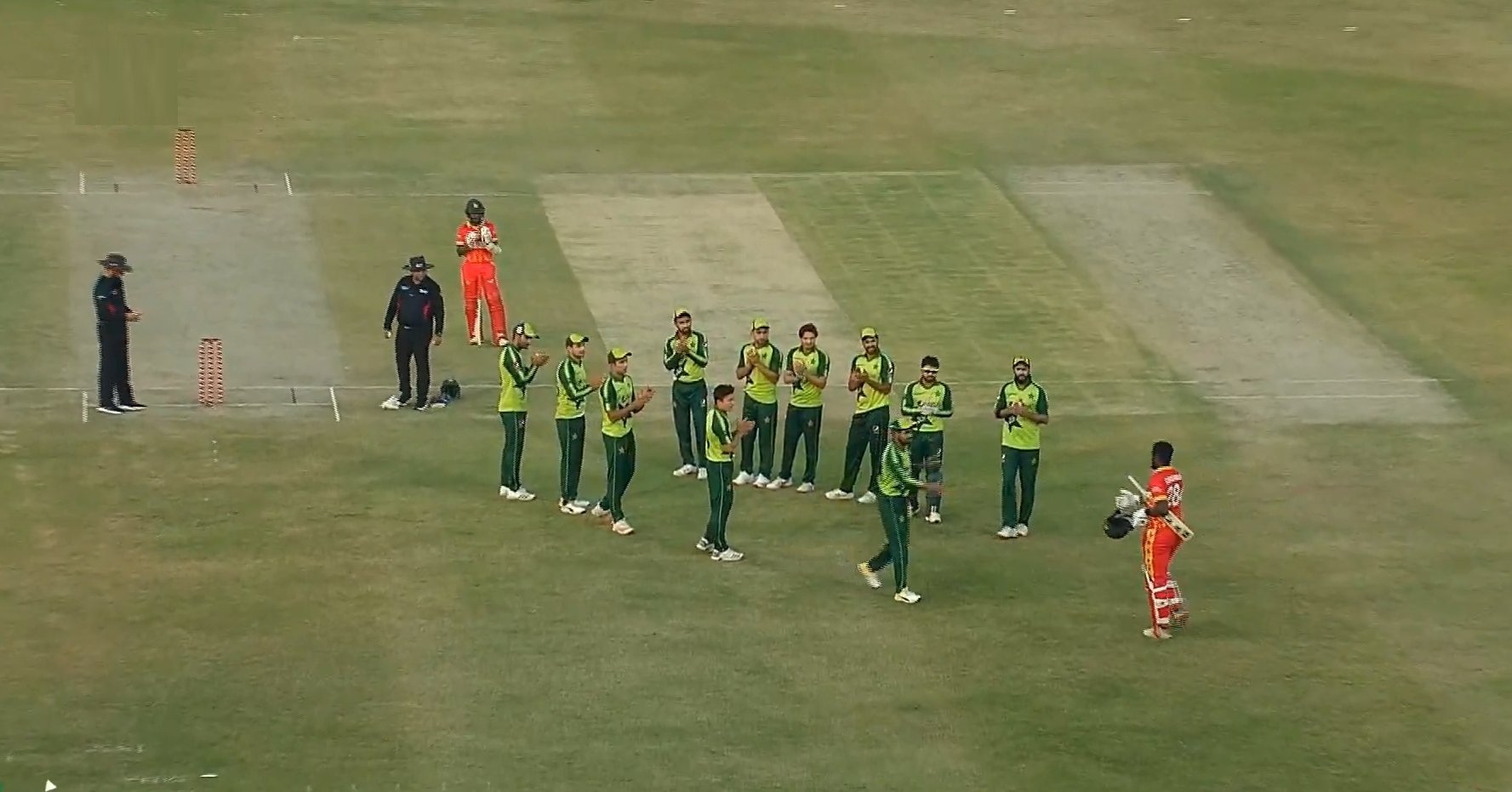 In the match played in Rawalpindi, Pakistan achieved the target of 130 runs given by Zimbabwe at a loss of 2 wickets in 16 overs.

Opener Fakhr Zaman was dismissed for 21. Haider Ali played an innings of 27 off 20 balls. Abdullah Shafiq played a brilliant innings of 41 runs in his debut, his innings included 4 fours and a six, Khushdal Shah played a lightning fast innings of 36 runs. For Zimbabwe, Masakadza and Shumba took one wicket each.

Zimbabwe’s first wicket fell at 26 when Brendon Taylor returned to the pavilion with 8 runs, Chabhabha made 31 runs and caught Haider Ali on the ball of Usman Qadir.

For Pakistan, Usman Qadir led 4 players to the pavilion, Emad Wasim took two wickets, Hasnain and Haris Rauf took one wicket each.
—
Wasim Qadri, Senior Sports Journalist and Television Show host based in Islamabad, can be follow on twitter at @jaranwaliya