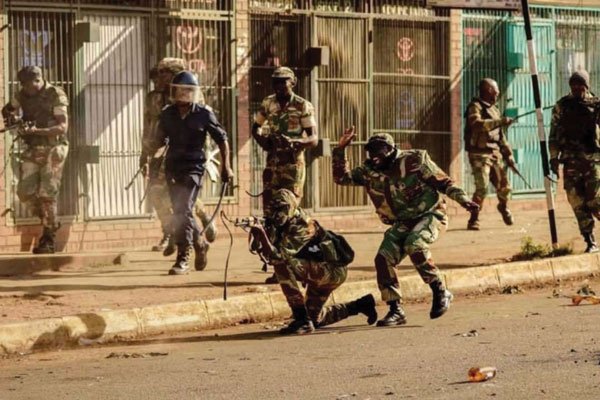 President Emmerson Mnangagwa has yet to prove that the vote was fair, creating a problem for international donors and investors, whose help is desperately needed to revive the country.

Mnangagwa’s credibility as a democratic leader is being tested.

Last week’s national elections in Zimbabwe were a critical test of whether Mnangagwa was really prepared to lead the revival of a country brought to ruin by his autocratic predecessor, Robert Mugabe. So far, the aftermath of the elections that gave Mnangagwa and the governing Zanu PF party at least five more years in power has given little reason for celebration.

International observers charged that the playing field was not even, with coverage on state media, misuse of state resources and intimidation working in the government’s favor. Even before the results were in, Mnangagwa’s 40-year-old opponent, MDC Alliance leader Nelson Chamisa, claimed fraud and pledged to challenge the results.

Still, huge numbers of voters turned out on July 30, and a host of observers spread across the country reported that the voting was a marked improvement on the systematic rigging and violence that characterised elections under Mugabe.

But a delay in announcing the results of the presidential race sent suspicious opposition members into the streets, where soldiers opened fire and killed at least six. And when the electoral commission announced four days after the voting that Mnangagwa had secured 50,8% of the vote — just over the threshold for an outright victory — tensions rose even further, with numerous reports of beatings and harassment of opposition members.
Mnangagwa has pledged to investigate the violence, and it may be that he and his party did win roughly what the official vote count claimed. But victory was only one of Mnangagwa’s goals in the elections. The other, potentially more important, was to offer free and fair elections as convincing proof to the international community that Zimbabwe was ready to start anew.

That was a tough sell from the outset. Mnangagwa had been Mugabe’s enforcer (hence his nickname, “Crocodile”) and lieutenant for decades and so shared responsibility for many of the disastrous and brutal policies that had decimated Zimbabwe’s economy, despite its mineral riches and well-educated work force.

Mnangagwa also assumed the presidency and the leadership of Zanu PF last November after a power struggle with Mugabe’s wife, which was resolved in his favour by a military coup. Not surprisingly, many Zimbabweans were not convinced that there would be a major difference between the 94-year-old despot and his 75-year-old ex-sidekick.

There is little likelihood that Zimbabwe’s electoral commission or courts will overturn the results, posing a difficult choice to the International Monetary Fund and other donors and investors, whose help is desperately needed to sort out an economic mess that has sent more than a quarter of Zimbabwe’s citizens abroad to work.
Mnangagwa, Zanu PF and the military have not yet struck out. They still benefit from the hope that Mugabe’s fall turned the page for Zimbabwe, and the country can finally reclaim the stability and prosperity its natural resources and educated population should have.

To keep what remains of that hope alive, Mugabe’s successors must urgently lift the questions and doubts that the elections only intensified. If he is to have any credibility, Mnangagwa must urgently rein in the military, condemn and halt the harassment of his opponents and make the election tabulations publicly available.

New York Times editorial board represents the opinions of the board, its editor and the publisher. It is separate from the newsroom and the Op-Ed section.