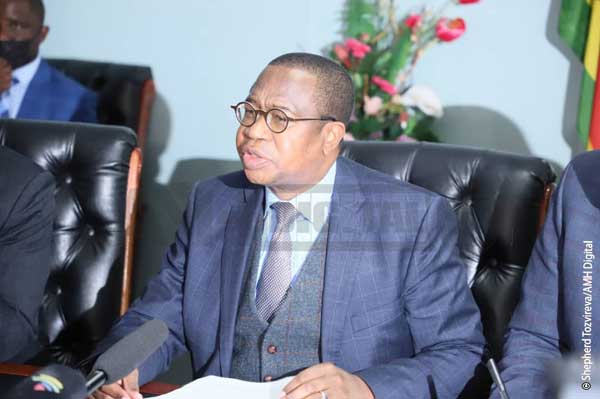 BY STAFF REPORTER
A HARARE-BASED pensioner has petitioned Parliament to repeal Statutory Instrument (SI) 33 of 2019 which he claims has left him destitute.

In a petition addressed to Speaker of House of Assembly, Jacob Mudenda and the Parliamentary Portfolio Committee on Public Service, Labour and Social Welfare Stevenson Mazinefu said the SI wiped out his pension.

Mazinefu, who worked for over 20 years in the airline industry until he retired in 2022, said he was now surviving on the handouts from close family members, and other well-wishers.

“The aforementioned SI 33 of 2019 was implemented without notifying us the poor working class and whose source of living standards depends on pension funds as the only source of living and wealth after being retired from work either by retrenchment or termination of employment contract,” Mazinefu wrote.

“As pensioners, we are left without a clue to life and or even a formula of survival and we are left as destitute since the introduction of SI33 of 2019 which lost its purchasing power in our mothers land. In line with our Constitution we are looking forward to a fair remuneration in the form of reasonable annuities.”

Mazinefu said the SI failed to ensure protection of pension fund members and their beneficiaries.

“That the majority of the concerned pensioners, in this bracket, whose pensions were either just about to be paid or thereafter paid prior the promulgation of the aforesaid Statutory Instrument  has subjectively been reduced to mere paupers and destitute, despite contributing towards pension funds throughout their hard-working lives.”

Mazinefu pleaded with the Parliamentary committee to implore the Executive to uphold the country’s Constitution by ensuring that the SI is amended, or repealed.