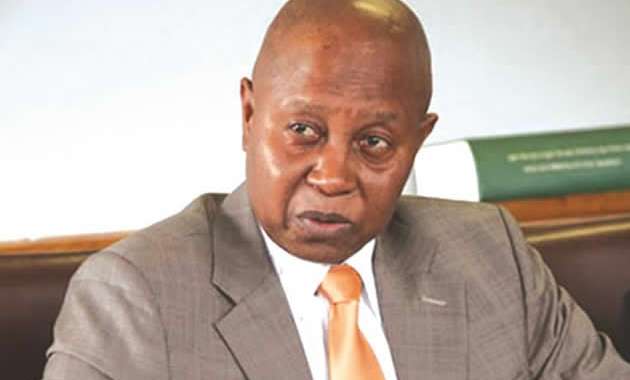 Fidelis Munyoro Chief Court Reporter
Former Zimbabwe Revenue Authority (Zimra) Commissioner-General Mr Gershem Pasi is contesting the $217 000 claim filed against him by his former employer, arguing that the period within which the taxman should have sued him has expired.

Mr Pasi was forced out of Zimra in May last year when pressure mounted ahead of a disciplinary hearing on a series of charges ranging from mismanagement to gross negligence and abuse of office, among others.

Zimra last month filed a $217 000 claim against Mr Pasi for unjust enrichment and poor administration that financially prejudiced it, three years after the lapse of time to sue. The contraventions took place between March 2010 and February 2015.Mr Pasi responded to Zimra’s right with a special plea of prescription in a bid to quash the claim, while the taxman claimed that during his tenure, he unjustly enriched himself with $12 445 through fraud and abuse of office in violation of his contract of employment.

In his response, Mr Pasi, who is being represented by Advocate Thabani Mpofu, attacked the basis of claim that is alleged to have taken place in March 2010, June 2014, July 2014 and February 2015 respectively. He argued that the summons were served on March 21, 2018.

“As at the date of service of summons, plaintiff’s claim had been extinguished by extinctive prescription in terms of the law,” argued Mr Pasi.

The former Zimra boss further argues that the taxman’s second claim of US$205 178,59 has also prescribed given the time the alleged contravention took place and the time the summons were served. Zimra is claiming $205 178, excluding interest plus cost of the suit, as damages for financial prejudice caused by Mr Pasi’s grossly negligent and reckless management of its affairs during his tenure as the commissioner-general.

Mr Pasi, according to the Zimra declaration, was employed as commissioner-general from November 1, 2011 until May last year when he resigned.

It is alleged that a forensic audit carried out in 2016 revealed that Mr Pasi unjustly enriched himself through fraud and abuse of office.