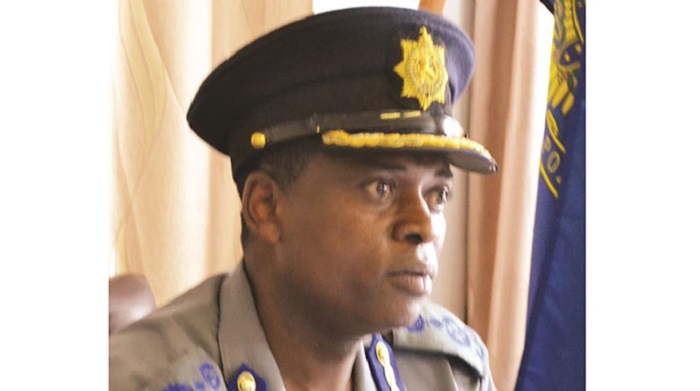 Tinomuda Chakanyuka, Senior Reporter
THE Zimbabwe Republic Police (ZRP) says it will lobby the courts to deny bail to perpetrators of political violence, as they step up efforts to curb politically motivated aggression ahead of the 30 July harmonised elections.

He said police had adopted a zero tolerance attitude towards any acts of politically motivated violence adding that offenders would be brought to book.

“We will also lobby the prosecutors’ office to clamour for maximum sentences for those involved in political violence,” he said.
Snr Asst Comm Makodza said the police were also working with the courts to make sure that all pending cases of violence were cleared before the general elections.

“We want to make sure that all pending cases of political violence are dealt with and finalised before the harmonised elections and we are working with the courts in that regard.

“We want to make sure that we go to the elections without any pending cases,” he said.

Snr Asst Comm Makodza said few cases of political violence had been recorded so far and a majority of them were now before the courts.

“We have recorded a few cases of politically motivated violence. Most of the cases are intra-party violence during the primary elections.

“I’m glad to say most of the cases are now before the courts and we would want to ensure that all those cases are dealt with before elections,” he said.

Snr Asst Comm Makodza added that police would soon issue a prohibition order against the carrying of dangerous weapons during the election period.

The prohibition order is issued in terms of Section 14(1) of Public Order and Security Act (Posa) (Chapter 11:17).

Weapons like catapults, machetes, axes, knobkerries, knives, swords, daggers or any traditional weapons likely to cause disorder and breach of peace make the list of some of the items that will be prohibited.

Snr Asst Comm Makodza is on a countrywide tour to assess the state of preparedness and deployment of police officers in every province ahead of the elections.