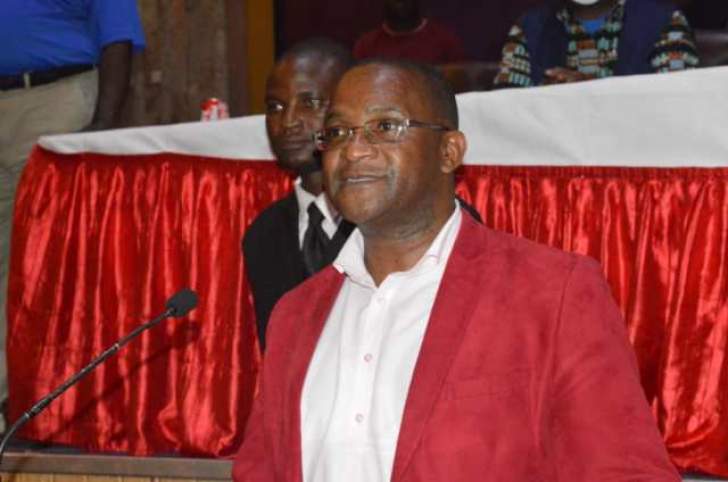 The leader of the opposition Movement for Democratic Change (MDC) Senator Douglas Togarasei Mwonzora has said the Pomona-Geoginix deal in it’s current structure is not reasonable, justifiable and unsupportable.

Speaking to the media in Harare Senator Mwonzora called on the government to renegotiate or open the deal to tender as it had many notable anomalies.

“We would like to put it on record that we as the MDC are pro-investment, business, clean cities and development and as such relate with the idea of a sustainable waste to energy concept for our capital city Harare. The MDC acknowledges that the City of Harare Waste Management problem needs immediate attention. As such we would like to first of all categorically state that the Geogenix BV deal is certainly not a solution unless and until the issues we are raising here today are addressed.”

The MDC President said his party relates with the idea of a sustainable waste to energy concept for Harare adding that he is pro-investment, business, clean cities and development.

Mwonzora acknowledged the need for an immediate solution to Harare’s Waste Management Problems.

“We would like to first of all categorically state that the Geogenix BV deal is certainly not a solution unless and until the issues we are raising here today are addressed.” He said.

Senator Mwonzora said a Due diligence on the Geogenix investment was done by a multi-stakeholder team and recommendations were made on the financing and pricing structures to be reviewed.

Mwonzora says very little or nothing was done to review the deal and his party instituted investigations that discovered a number of anomalies.

“The Pomona Dumpsite has a vast and extensive resource of waste disposed over many decades which we presume can be used in the waste to energy conversion concept, but have not seen its quantification by the investor.”

He added that the investor is already demanding payment for waste disposal from council without any plausible and visible infrastructure.

“This year alone Geogenix will rake in not less than EUR14m from Waste disposal with no infrastructure but gate takings only.”

The MDC leader pointed out some red flags on the deal including among other issues overpriced refuse trucks, unrealistic fuel needs and exorbitant maintenance costs spanning four years despite the project running for 30years.

According to these findings from the Geogenix BV Financial Model, if allowed to continue, the people of Zimbabwe through City of Harare stands to lose in excess of EUR500m, siphoned through illicit cash flows and fictitious expenses.”

The sentiments by senator Mwonzora come at a time when the Minister of Local Government and Public Works July Moyo is on record arguing that all procedures for the POMONA deal were followed and got a nod from cabinet.

“All the recommendations from this process went to cabinet, which is the highest executive authority…Following cabinet’s approval, the joint venture agreement was closely analysed by Government lawyers, including the Attorney General ‘s office before it was signed”.
Minister Moyo said the project can’t be stopped unless done by judicial action.

The deal has come under criticism from political parties, residents associations and a cross section of Zimbabwean society.