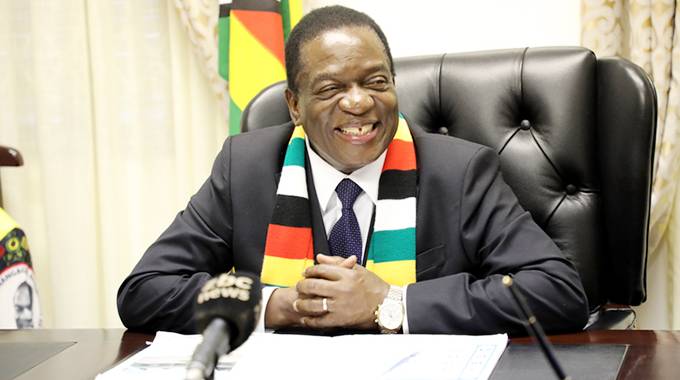 Nyemudzai Kakore Herald Correspondent
President Mnangagwa yesterday proclaimed September 25 as the day for the official opening of the First Session of the Ninth Parliament of Zimbabwe. The President is expected to set the legislative agenda for the new session.

The announcement was contained in a supplement to the Extraordinary Government Gazette dated August 29, 2018.
President Mnangagwa proclaimed the date in terms of Section 145 of the Constitution, which states that the first sitting of Parliament after a general election must take place at a time and date no later than 30 days after the President-elect assumes office.

“Whereas, it is provided by Section 145 of the Constitution that the first sitting of Parliament after a general election must take place at a time and date determined by the President, being a date no later than 30 days after the President-elect assumes office,” read the proclamation.

The proclamation comes after at least 341 out of the 350 parliamentarians elected in the July 30 harmonised elections took their oath of office at Parliament Building on Wednesday. Zanu-PF retained its two thirds majority in the National Assembly after winning 145 out of the 210 contested constituencies.

The seven-party MDC-Alliance managed only 63 seats, with the National Patriotic Front (NPF) winning just one seat. Independent candidate Mr Temba Mliswa retained his Norton seat. In 2013, the ruling Zanu-PF won 160 seats to the then MDC-T’s 49, with one seat going to the MDC, then led by Professor Welshman Ncube, who is now an MDC-Alliance principal. Following the swearing-in, the two Houses of Parliament will choose their presiding officers next Tuesday. The National Assembly will elect the Speaker and his or her deputy, while the Senate will elect its president and his or her deputy.