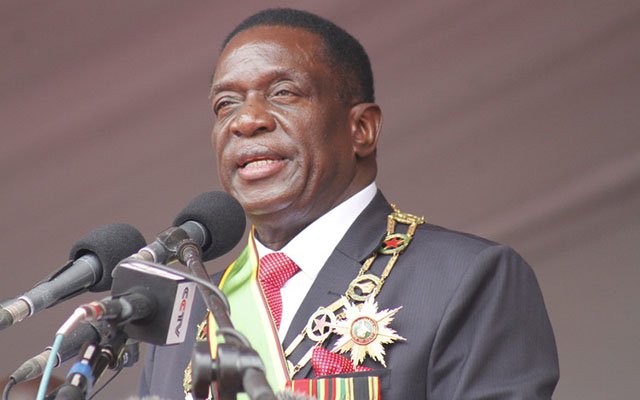 In a statement on Saturday, Chief Secretary to the President and Cabinet, Dr Misheck Sibanda, said the swearing-in ceremony starts at 9am.

“Cabinet ministers are invited to State House for the swearing-in ceremony scheduled for 0900hrs, 4th December, 2017,” reads the statement.

The invitation was also extended to Ministers of State for Provincial Affairs and Deputy Ministers.

However, there have been adjustments to the original list of Cabinet ministers that was announced on Thursday last week in order “to ensure compliance with the Constitution and considerations of gender, demography and special needs”.

Cde Lazarus Dokora, who had been appointed Minister of Primary and Secondary Education, was dropped and replaced by his former deputy, Professor Paul Mavima.

Mrs Kagonye was formerly the Deputy Minister of Transport and Infrastructural Development before she was fired in December 2014.

Cde Victor Matemadanda, who was initially designated as Deputy Minister for Defence, Security and War Veterans, has been reassigned to lead the ZANU-PF commissariat.

He replaces the sacked Mr Saviour Kasukuwere. Similarly, Cde Pupurai Togarepi will no longer be taking up the post of Deputy Minister for Women and Youth Affairs but will concentrate on his role as ZANU-PF Secretary for Youth Affairs, a position that was previously held by the embattled Kudzanayi Chipanga.

Some of the ministers-designate did not represent parliamentary constituencies as required under Section 104(3) of the Constitution.

Presidential spokesperson Mr George Charamba highlighted last week that President Mnangagwa was alive to the constitutional requirement for him to appoint only up to five Cabinet ministers from outside Parliament.

The new team will have its work cut out as it needs to deal with the current economic challenges.

The 2018 National Budget, which is expected to be presented by Finance and Economic Planning Minister Mr Patrick Chinamasa, is tentatively scheduled for Thursday.

In his inauguration speech on November 24, President Mnangagwa said the country’s economic recovery would be predicated on agricultural performance.

“Our economic policy will be predicated on agriculture, which is the mainstay, and on creating conditions for an investment-led economic recovery that puts a premium on job creation.

“Key choices will have to be made to attract foreign direct investment to tackle high levels of unemployment while transforming our economy towards the tertiary,” he said.

Already, Government has given an ultimatum to individuals and corporates who externalised money and other assets to bring them back.

The amnesty will run until February 28.