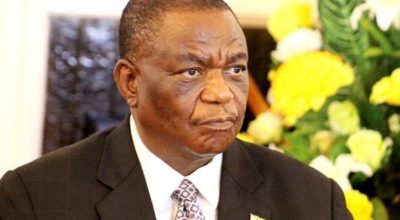 SCORES of civil society organisations (CSOs) have called on the government to reverse Vice-President Constantino Chiwenga’s indefinite suspension of by-elections imposed to ostensibly prevent the spread of Covid-19.

Chiwenga, who doubles as Health and Child Care minister, said the holding of by-elections to fill parliamentary and local government vacancies created by the mass recall of legislators and councillors by the MDC-T, would remain suspended as long as Covid-19 was a “formidable epidemic”.

He issued the edict after the Zimbabwe Electoral Commission (Zec) hinted that the polls would be held on December 5.

Chiwenga’s move has raised questions about Zec’s independence as the electoral body seems to be taking instructions from the government.

In a joint statement yesterday, the over a dozen CSOs working on democracy and human rights said the suspension of the polls was undemocratic.

“The Zimbabwe Electoral Commission is constitutionally charged to be an independent institution supporting democracy, accordingly, in our view, the Ministry of Health and Child Care has overreached and has unduly limited fundamental rights and freedoms enshrined in the constitution,” reads part of the statement.

“We believe that the suspension of by-elections should have been a result of transparent multi-stakeholder consultations inclusive of voices from citizens, parliament, political parties, the academia, civil society, the private sector, trade unions, youths and persons with disabilities to ensure the fostering of trust in electoral processes so as not to further curtail the upholding of democracy in Zimbabwe.”

The organisations said countries such as Malawi, Zambia, South Africa, Guinea, Cameroon, Mali, Benin, Burundi and Ghana had successfully conducted electoral processes during the Covid-19 era without any major incidents.

“Zimbabwe, whose Covid-19 case-load is not in any way unique on the African continent, proceeds to ban by-elections indefinitely, which appears not to be driven by any Covid-19 science,” they added,

“The Ministry of Health and Child Care has provided guidance on the resumption of a wide array of socio-economic processes and activities, including but not limited to, the reopening of land and air borders, the resumption of the education sector, the expansion of food markets, and the extension of retailers and industry operating hours.

“The blanket ban of by-elections accordingly appears to be a unique limitation on electoral activities.

“Citizens should be allowed to express themselves politically, without restraint or compulsion, from anyone or any political party.

“Political participation is one of the cornerstones of a constitutional democracy and which facilitates discussion on politics, running for office and electing candidates of one’s choice into political positions in Parliament or the presidium,” they said.

Meanwhile, the Zimbabwe Election Support Network argued suspending elections could never be an option whatsoever under the circumstances.