How the Khupe coup resonates with the import of Excelgate

Source: How the Khupe coup resonates with the import of Excelgate | The Standard 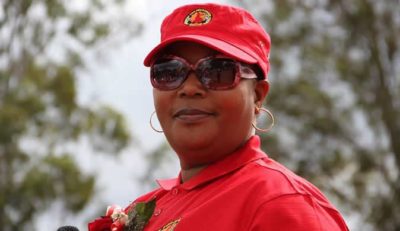 This time last year, Excelgate was about to be published, in the expectation, inter alia, that the MDC Alliance in particular would capitalise on the revelations therein, to both fuel their legal challenge against the Constitutional Court’s ruling on the disputed 2018 presidential election; and mount a concerted political campaign that would include the exposure — to the Zimbabwean population in general and, in particular, the millions whose votes were stolen — of an electoral system so rotten that it has reduced elections in Zimbabwe to a mockery of democracy.

Such a legal and political campaign might have at least contained or even pre-empted the impunity with which the Zanu PF/State has now staged the most blatant assault on the electorate, the voter and democracy itself. Namely, the recall of democratically elected parliamentarians, to be replaced — undemocratically, illegally and unconstitutionally — by appointment to Parliament of persons who had performed dismally in the 2018 elections. Add to that the cynical act of declaring a loser as the “Leader of the Opposition” in Parliament. The Khupe Coup! A tragicomedy that includes the summary cancellation of by-elections in which the voters hoped, albeit naively given the history of elections in Zimbabwe, to re-affirm the choice they had made in 2018, and thereby have their recalled legislators returned to Parliament in December 2020.

Could there be a more cynical statement than this, on the deficit of constitutionalism and democracy in Zimbabwe, or that the voter and the vote are of no consequence in a military-securocratic state?

Yes, ExcelGate destroyed forever the idea that the Zanu PF/State will run a bona fide election; and now they are trying to make sure that there will be no credible opposition, creating a phony one with “safe seats”.

And, indeed, such a strategy on the part of the Zanu PF/State is inherently self-defeating: it exposes them as an essentially military-securocratic state, driven by the military doctrine and its false and finite strategy, that the only way to contain those millions of your citizens that you have systematically alienated over the decades is simply to batter and brutalise them into submission. Therein lies the empirical evidence that this is indeed the endgame of the Zanu PF/State, as precedents in history testify.

Besides, an “outlawed” opposition is more dangerous now than a parliamentary one, if also because the latter has tended to lend legitimacy to an
anti-democratic system, largely the outcome of disputed elections, as Excelgate demonstrates.

So, is it not ironic that Emmerson Mnangagwa and his Zanu PF/State have succeeded in placing the MDC Alliance precisely where they should have been, in the face of both the disputed election of 2018 and the recall of MPs in 2020?

Both the revelations (if not confirmation) in Excelgate and the recall of MP’s should have left the MDC Alliance with no option, but to formally withdraw all their legislators. This would thereby expose the sham that the supposedly august House has become in any case, whilst highlighting the legitimacy question associated with both the disputed presidential election of 2018, and the fact of the coup of November 2017 which continues to underscore the reality of a
military-securocratic state, with no capacity for conducting free, fair and democratic elections.

But, then, there has always been a problem with an obliging and compliant opposition in contemporary Zimbabwe.

First, the MDC Alliance refused to acknowledge the contradiction between, on the one hand, having to walk out of Parliament each time Mnangagwa addressed the latter as Head of State regarded by the opposition as illegitimate (on the basis of the claim that he lost to Chamisa in the 2018 presidential elections); and, on the other, remaining in the same legislature, until this unceremonious recall of their MPs, to be replaced by surrogates and losers as part of an arrangement no different from the “Internal Settlement” of the Smith-
Muzorewa era.

Second, how could the MDC be expected to afford such bold and principled positions when some in their midst greeted the November 2017 coup with glee? Besides, an advocate in the MDC’s legal team represented Mnangagwa and Constantino Chiwenga in the case in which Justice George Chiweshe ruled that there was no coup.

It might have been that, like many others in the MDC camp, the advocate was caught in the shortlived euphoria that greeted the coup during those days. But, as history would have it, the same advocate is the one who led the legal team that represented Nelson Chamisa in his application to the Constitutional Court, seeking to set aside the Zimbabwe Electoral Commission’s declaration that Mnangagwa had won the presidential poll in July 2018. All this tends to detract from the moral authority expected of a strong and consistent opposition party.

Advocates of democracy, constitutionalism and the rule of law, have all the reason to condemn the “Khupe Coup”, and all the shenanigans associated with this assault on the millions of voters who elected their MPs — and Chamisa — in 2018, only to have them replaced by appointees. But here is also to call the MDC Alliance — and indeed all of us who are concerned at the need for the restoration of constitutionalism, rule of law and a genuine and sustainable solution of the crisis in Zimbabwe — to demonstrate resolute leadership and an organised programme of action.

Such pious and pastoral-like statements as have emerged in response to the “Khupe Coup” hardly inspire confidence, particularly for the mass of the people out there for whom almost every election over the last two decades has been greeted with the theft of their votes, and violence. On the contrary, it exposes a leadership afraid to lead from the front, not prepared to face the brunt and make the sacrifices necessary (as in the case of the previous generation of nationalist leaders in the period towards national independence), and thereby unable to compel the merchants of violence to the negotiating table.

This is the “agency-ship” to which Tendai Biti made reference during the Sapes Trust Policy Dialogue Forum on “South Africa’s Mediation in Zimbabwe’s Crisis: What should be the outcome?”(October 1, 2020): The region, the continent and, indeed, the international community can only scaffold and support a national process in which opposition forces, civic bodies and the diaspora are coordinated and united in a programme of action, and a loud chorus for political and economic reform in Zimbabwe.

l Ibbo Mandaza is an academic, author and publisher; co-convenor (with Tony Reeler) of the Platform for Concerned Citizens (PCC); and Convenor of the Sapes Trust’s Policy Dialogue Forum. Here, he writes also as the publisher of Sapes Books, the publishers of ExcelGate by Jonathan Moyo; with the announcement of another print-run within the next week or two, and book launches on Zoom, at home in Zimbabwe, in South Africa, the UK and North America.