Priorities for the new Parliament 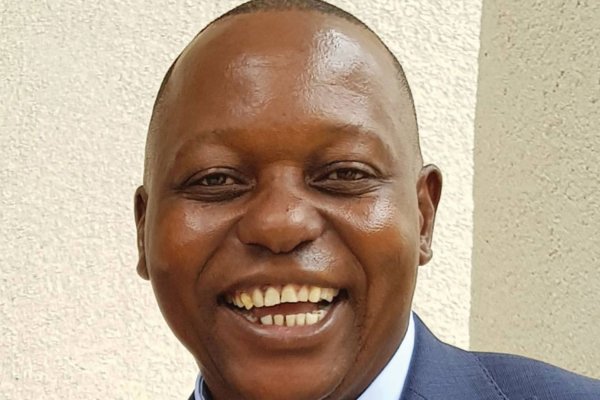 THE harmonised elections have come and gone. A new Cabinet will soon be in place, and Members of Parliament and councillors sworn-in.

The time for sloganeering is over and economically weary Zimbabweans expect quick delivery on the promises that were made during campaigning.

The crisis of expectations across the populace is very high, and the new government certainly has its work cut out.

The Ninth Parliament has a central role to play in delivering economic turnaround and socio-economic upliftment of Zimbabweans.

So what are the priorities for the new Parliament?

I will answer this question by highlighting the successes of the previous (Eighth) Parliament and the challenges that it confronted during its five-year tenure.

The failures of the last Parliament will assist in defining some of the priorities for the Ninth Parliament.

Performance of the Eighth Parliament is judged mainly on the basis of the mandate of Parliament as spelt out in sections 119 and 130 of the Constitution.

These provisions are to do with protection of the supreme law and law-making, respectively.

We also judge performance on the basis of section 141 to do with involvement of the public in parliamentary business; section 149 to do with citizens petitioning Parliament; and section 299 to do with Parliament providing effective oversight in the management of public resources.

In terms of law making, the Eighth Parliament passed 60 bills compared to 42 during the Seventh Parliament.

This represented an increase of 11%.

The majority of the bills passed where intended to align laws with the Constitution.

While this is commendable, the alignment process was criticised for failing to deal with substantive issues, and the letter and spirit of alignment.

For example, most of the alignment was done through the General Laws Amendment Bill, which aligned several pieces of legislation at the same time, and in a piece-meal fashion.

Going forward, the Ninth Parliament must move away from non-consequential, textual corrections or peace-meal amendments to more substantive issues.

Textual corrections should be left with the Law Reviser in the Justice ministry.

The Eighth Parliament did very well when it came to opening up its proceedings to the public.

The concept of public hearings has certainly taken root.

There was a significant uptake of committee reports arising from the hearings.

A total of 110 committee reports were tabled compared to 53 during the 7th Parliament.

Going forward, the Ninth Parliament must prioritise massive publicity of the hearings so that more people attend and make submissions.

Politicisation of the hearings and the violence that was witnessed at some of the meetings must be a thing of the past.

Other innovative ways of conducting public hearings must be sought to reduce costs and reach out to a wider audience.

One such mechanism is accelerated use of live radio hearings.

This was pioneered during the Eighth Parliament, but somewhat failed to gather momentum.

Related to public hearings is section 149 of the Constitution which speaks to the right of citizens to petition Parliament on issues within the mandate of Parliament.

Several petitions were lodged with Parliament during the period under review.

It was pleasing to see the responsible authorities taking action as a result of the petitions.

On the downside, however, some of the portfolio committees took too long to consider the petitions and arrive at a decision.

The result was that the Eighth Parliament was dissolved without these petitions being acted upon.

This defeats the spirit of section 149 which requires Parliament to act on the petitions from citizens.

On executive oversight, the portfolio committees did a sterling job.

More and more ministers and senior officials were summoned to appear before the committees to answer questions on pertinent issues of public interest.

Budget oversight was strengthened through the development of Quarterly Budget Performance Reporting Guidelines that have assisted ministries to report detailed information on budget performance in order to comply with the Public Finance Management Act reporting requirements to Parliament.

The Ninth Parliament must enforce compliance with the reporting obligations.

Those ministers who fail to respond to committee reports within the statutory timeframe of 10 business days must be heavily censured.

The Standing Orders must be revised to give portfolio committees more teeth.

There are some who believe the dominance by the ruling Zanu PF in the Ninth Parliament is a setback to a democratic Parliament.

I beg to differ.

This is because most of the work of Parliament is undertaken in committees.

Plenary is a side show.

What is important is to create a robust committee system that is presided over by competent Members of Parliament who are passionate about the issues they are presiding over.

The Executive must therefore adequately resource the Ninth Parliament so that the committee system functions more effectively.

The other priority for the Ninth Parliament is to ensure that the Code of Conduct for Members of Parliament adopted in the last Parliament is fully operationalised.

Among others, the Code requires members to declare their assets. Such operationalisation will enhance public confidence in the seriousness of elected office bearers to fight corruption.

In conclusion, I am optimistic about the new Parliament.

The majority of the MPs are new and will have to be fully supported to effectively discharge their constitutional mandate.

Citizens have a duty or obligation to demand accountability from their elected office bearers.

The effectiveness of Parliament is closely related to the extent to which the citizenry is active in political and economic decision-making.