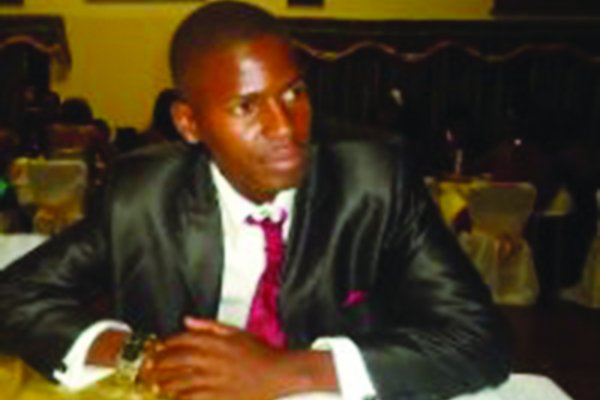 Agreed the election was stolen, the people’s will was subverted for the gains of a few, selfish individuals that claim to have monopoly over Zimbabwe.

The motherland is battered and shuttered, our only hope of restoring order, peace and tranquillity has been splattered all across our faces.

We wake up in the same predicament we have become used to for the past two decades.

The youth remain unemployed, hospitals are desperately in need of medicines and the rest of the country still has to buy their own hard-earned cash (from foreign nationals, this statement won’t make sense) because banks simply do not have cash.

All the cash that gets printed is easily externalised by the very same government that is supposed to make it available.

Besides MDC Alliance rallies having been full to capacity, criticism has been given in the State media that rally attendances do not automatically translate to votes. Agreed!

This is partly true, but one also has to note that on many occasions, the people had to be forced to attend and stay during both President Emmerson Mnangagwa and Vice-President Constantino Chiwenga’s rallies.

This was a clear indication that the people were fed up with the Zanu PF government and wanted real change.

Even in the rural areas, Zanu PF had to use farming implements to lure people to their rallies.

The village headmen and chiefs also worked as the focal points in mobilising for Zanu PF meetings, a clear reason why they are being rewarded today.

At Gokwe Centre alone, on two occasions, people had to be forced to stay put as Mnangagwa addressed them.

Clearly, MDC Alliance leader Nelson Chamisa stood a very fat chance of winning the election even in the rural areas.

The rural vote cost the MDC Alliance both in the presidential and parliamentary elections.

Besides efforts by Chamisa to conduct rallies in some of the most remote parts of the countryside, these were not enough.

All the influential MDC top officials were all nucleated around Chamisa.

One would get a feeling that that is where all the alliance resources were shared.

The party could not provide even the smallest of campaign materials to its rural constituencies.

When town rallies were painted red, the rural party members were being told that the party does not have party regalia, as the party did not have the resources.

No form of support structure was put in place for the parliamentary candidates in the rural areas besides the fact that they were also campaigning for Chamisa.

There was a lot of jostling to town constituencies as well, as these are known to be MDC Alliance strongholds.

The moment one secures a town constituency, they are almost assured of a victory.

In the end, all the powerful MDC Alliance candidates took the town constituencies.

The result was weak MDC Alliance candidates in the rural areas with neither the financial capacity nor the political strength to run a meaningful campaign.

The MDC Alliance does not have functional structures in the country side.

Zanu PF on the other hand has got functional structures from the top to the ward level.

The same sentiments were echoed by Zanu PF’s Munyaradzi Paul Mangwana during the Constitution-making process in 2013.

One would claim that Zanu PF frog marches people to their rallies.

Inasmuch as that could be true, the unquestionable truth is that Zanu PF rallies are thoroughly advertised through their structures from the national to ward levels.

This cannot be said about the MDC Alliance, especially in this election.

In areas such as Gokwe and Domboshava, MDC Alliance structures are hardly functional.

In some areas, aspiring candidates felt the primaries were not conducted in a transparent manner, and this led to losing candidates campaigning against the alliance at the same time filing as independent candidates.

This led to vote-splitting.

Luke Tamborinyoka firmly asserted that he was a victim of the alliance’s double candidacy, as the other alliance candidate in Domboshava went behind his back to file papers at the nomination court.

Tamborinyoka claims that the seat was supposed to be contested by him as the alliance candidate, but Taurai Nhamburo allegedly forged the MDC Alliance Morgen Komichi’s signature and filed his papers.

What is ironic, however, about this whole case is that Nhamburo garnered more votes than Tamborinyoka, whom the people claim was imposed on them by the MDC Alliance.

One can also not forget the serious campaign challenges the rural MDC Alliance candidates encountered, chief among them being the separation of the MDC Alliance presidential campaign from the Member of Parliament campaigns.

While Chamisa was running his own campaign for some time, the alliance had not allocated seats to their parliamentary candidates.

Candidate MPs only started campaigning barely a month before the elections.

This put the candidates in a very difficult position, especially campaigning against Zanu PF candidates that had been on the ground for a very long time.

A good example would be Zanu PF’s winning MP for Gokwe-Mapfungautsi, Tawanda Karikoga, who had been on the ground for a very long time and had made inroads with a number of projects visible on the ground.

When the alliance candidate was proclaimed, he made a few important observations in regard to the rural vote.

Karikoga made mention to the fact that the MDC Alliance parliamentary candidate for his constituency was weak, as he had neither the financial capacity to deliver what the rural electorate considers to be progress nor the stamina to get resources from the party.

Besides the alliance targeting the 60% youth vote, when the national youth assembly bullet train was launched, covering most parts of the country, rural areas such as Gokwe were left out in the process.

Efforts were made to try and contact the organisers of the event; the likes of Morgan Ncube professed ignorance over the involvement of the rural youth electorate.

The end result was that the rural youth had to be called to be election agents, and without proper integration into the party, it was very easy for the agents to be manipulated as well.

Besides intending to stand for Senate, the chairman of the MDC Alliance, Komichi was rarely available to grace his party’s rallies organised by candidates in the area that he wanted to represent, that is Gokwe.

The chairman’s public relations office, instead, demanded that the MDC Alliance candidates who wanted the chairman to grace their programmes should cater for Komichi’s travelling costs.

This left the candidates with no choice, but to run independent campaigns.

This made the people feel neglected and unrecognised.