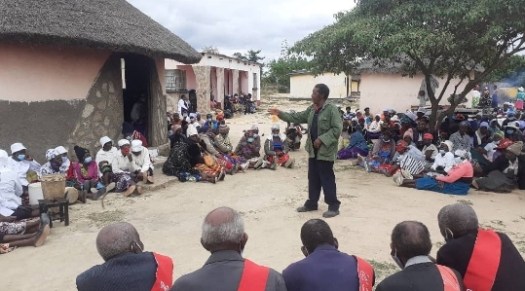 BY MIRIAM MANGWAYA
THE British embassy in Harare has called for an investigation into the fatal assault of MDC Alliance activist Nyasha Zhambe Mawere by suspected Zanu PF supporters in Masvingo two months ago.

Mawere succumbed to injuries sustained when Zanu PF activists assaulted him during MDC Alliance leader Nelson Chamisa’s meet-the-people tour of Masvingo in October. He was buried over the weekend.

“Concerned by reports of the death of Zimbabwe opposition supporter Nyasha Zhambe Mawere. Important that there is a full police investigation into this incident, in line with Zimbabwe’s Constitution and law,” the British embassy said yesterday.

The call for an investigation into Mawere’s death follow concerns by human rights defenders over an upsurge in politically-motivated violence allegedly perpetrated by Zanu PF activists.

On Monday, suspected ruling party members in a Zanu PF Insiza North-branded vehicle were captured on video attacking a motorist in Bulawayo.

In the video, the Zanu PF mob is seen assaulting a motorist in a case of road rage. The victim was rescued by passers-by.

Zanu PF acting spokesperson Mike Bimha said he was not aware of the incident.

“I am not aware of the alleged violent attack. But Zanu PF does not condone violence,” Bimha said.

“The police should move in to arrest the thugs and have them prosecuted. No one is above the law, those Zanu PF thugs in Bulawayo cannot be allowed to take the law into their own hands and turn Zimbabwe into a jungle of lawlessness.”